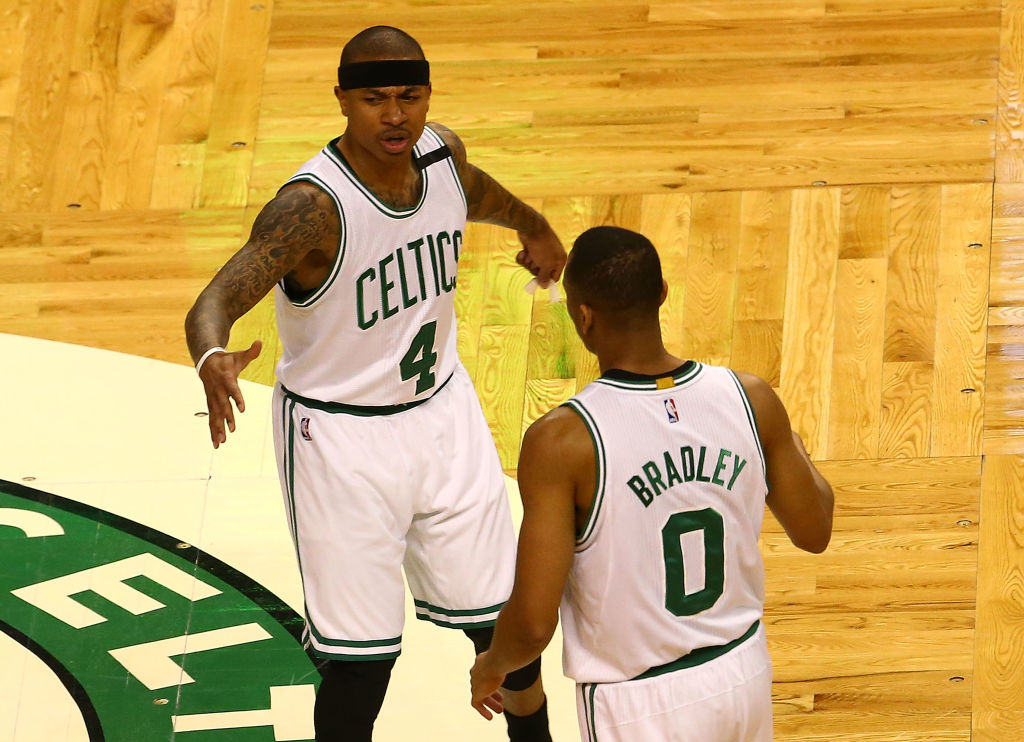 Isaiah Thomas was upset that none of his Boston Celtics teammates were named to the NBA’s All-Defensive teams Monday.

Damn Avery, Smart or Jae didn't get all defense??? That's a JOKE!!!

How the hell is Avery Bradley not on the all defensive team?? That's crazy!!

The biggest travesty, however, may have been Thomas himself getting an All-Defensive vote.

The All-Star point guard is universally thought of as a defensive liability.

Thomas’ response: “Nah, don’t hype me. … I’m fine with being the worst defender (in the league).”

Fast forward to Monday, when the NBA released its All-Defense teams and vote getters.

That’s right: Thomas, all 5-foot-9 (or less) of him, received exactly one All-Defense vote.