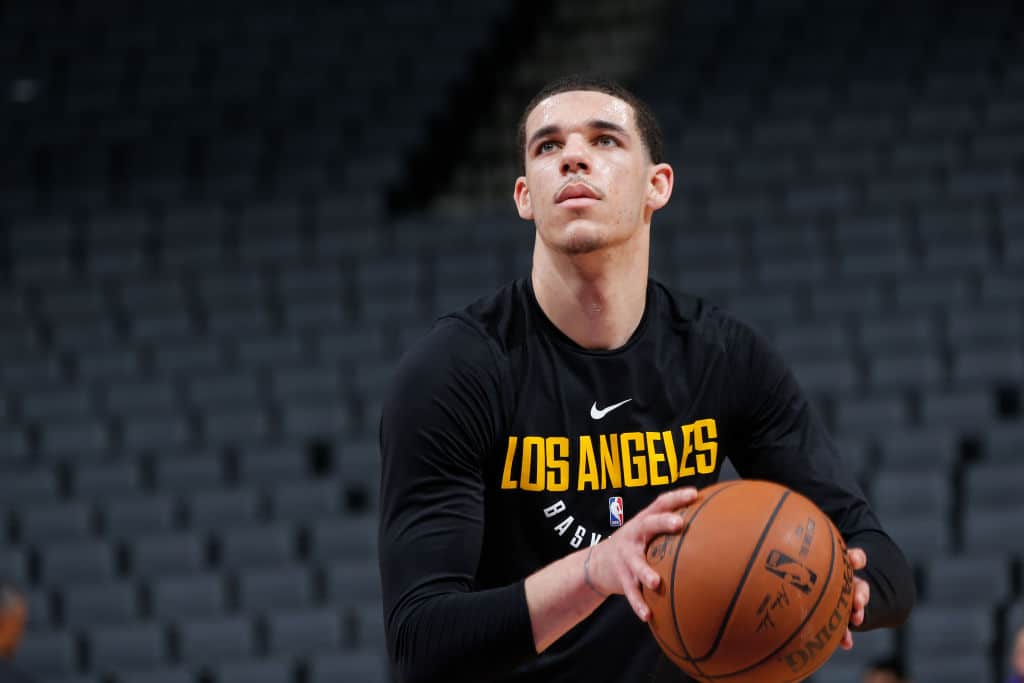 IT has found it easy playing alongside the Los Angeles Lakers’ rookie point guard.

A missed connection between Lonzo Ball and Kentavious Caldwell-Pope on Monday night told two stories: one of Ball’s genius, and one of the Lakers adjusting to life with Ball back from injury. https://t.co/R3OvV5mdTy

“I just missed at the beginning of the year,” Ball said. “I told you I was going to keep shooting and now they are going in.”

He even earned praise from Thomas, the Lakers’ most explosive scorer, who arrived long after the talk about Ball’s unorthodox mechanics subsided.

“It’s ugly as hell,” Thomas said. “It’s an ugly shot, but he’s been successful with it his whole life, so you get to the highest level, there is no need to change it.