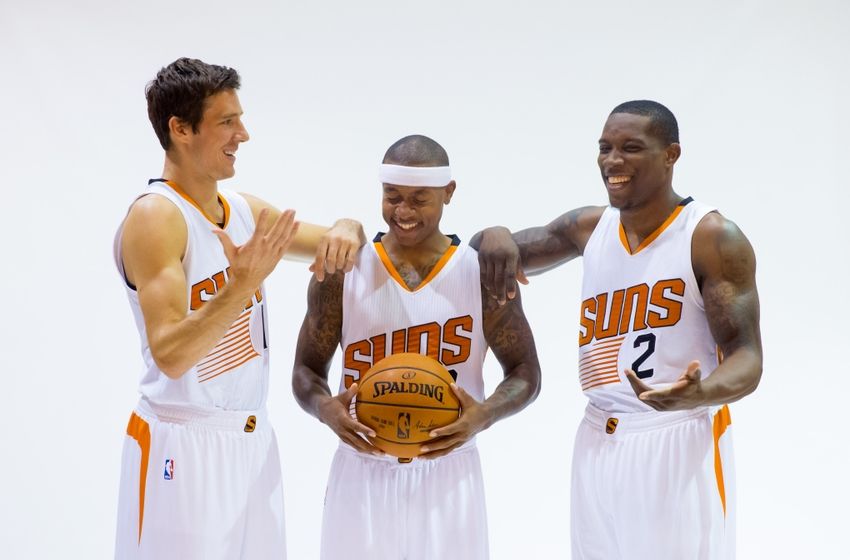 The Phoenix Suns had people scratching their heads last summer, when they inked Isaiah Thomas to a multi-year deal (this, despite having Goran Dragic and Eric Bledsoe on the roster.)

Head coach Jeff Hornacek must find minutes for this three points guards, and somehow keep them all happy.

Thomas, who was looking for a larger role than the one he had in Sacramento, is quite predictably having a hard time adjusting to his new reality in the Valley of the Sun.

A reporter began to ask him about the backcourt — Dragic played a season-low 21 minutes (Monday night in a 104-100 road loss to the Toronto Raptors), and sometimes it’s Thomas in that position. […] “It’s always me,” Thomas interrupted, looking and sounding frustrated. “It’s always me.”

Dragic said last week that the offense hadn’t clicked yet “because there’s only one ball and we’re all point guards,” via the Arizona Republic. Thomas said playing off the ball wasn’t new to him because he’d done it in college, but the minutes were an adjustment. […] “As long as I’m in the game, I’m happy,” Thomas said. “That’s the biggest thing. I know everybody wants to play. I feel like I can help this team in a big way.”

“It’s a tough situation,” Thomas said. “But you’ve just got to be ready for whatever circumstances coach puts you in. You gotta be ready when your name is called, but I’m not going to sugarcoat it. It’s tough.” […] “It’s not what I expected,” Thomas continued. “But coach has a tough job. Putting all of us on the floor and trying to mix up the minutes, it’s tough for him. So it’s not just tough for us as players, we just gotta be ready when our name’s called and just know, I mean, coach is trying to do what he thinks is best for the team to put us in a position to win. But the key word is it’s a tough situation. For all of us.”