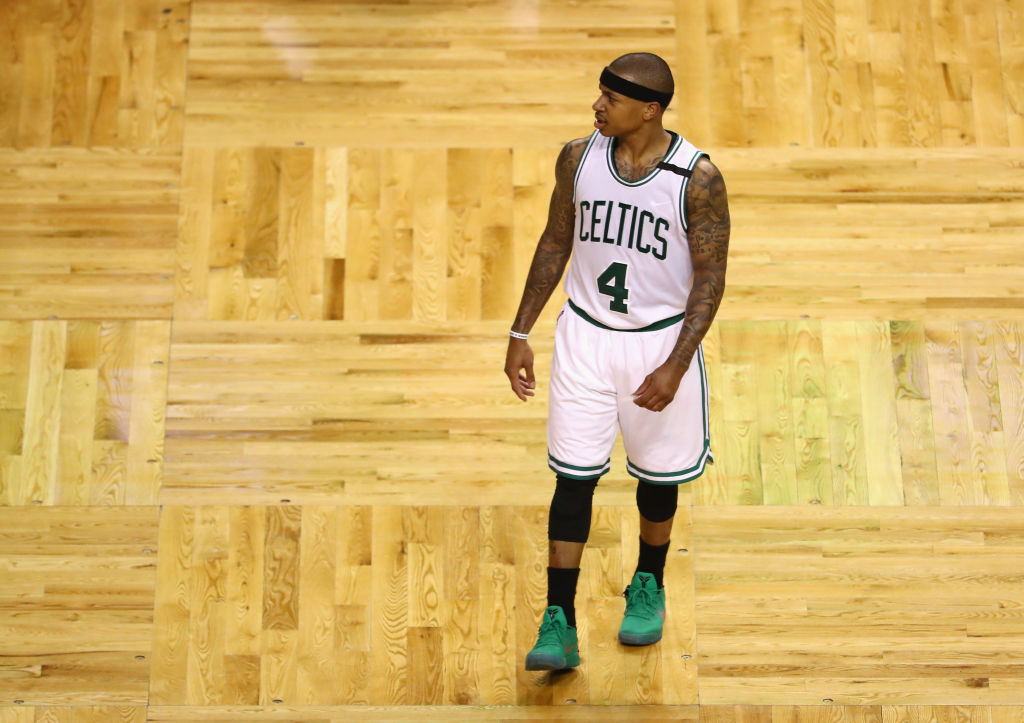 According to Hall of Famer Isiah Thomas, former Celtics point guard Isaiah Thomas is “hurt” by his trade from Boston to Cleveland.

Zeke says the Cavs “have to do some relationship mending” with I.T.

Isaiah Thomas 'hurt' by trade to Cleveland, Cavaliers have 'relationship mending' to do with him @clevelanddotcom https://t.co/WgaTaMktwr

The All-Star floor general has yet to publicly comment on the stunning blockbuster.

All of that is according to Hall of Fame point guard Isiah Thomas, who said on the MMA Hour in Las Vegas Friday that he spoke to the Cavs’ Thomas and described him as “emotionally…wounded” by the trade.

“From a basketball standpoint, he and Kyrie Irving, this will be great for both of them,” Isiah Thomas said. “Both will do well. But it really was like a punch in the gut because it came out of nowhere. Kyrie was expecting a trade, he was prepared for it. And talking to Isaiah the other night, now he’s scrambling, trying to find out where his kids are going to go to school, trying to find a place to live. And it was just so unexpected for him.”

Beyond the numbers, it was an emotional ride for Thomas in Boston last season, one in which he played in all 82 regular-season games despite suffering a hip injury that eventually forced him out of the conference finals against the Cavs.

“He said he gave his heart and soul to the Celtics,” Isiah Thomas said. “He gave them everything. It’s a business and we all understand that it’s a business, but to have it happen in such a way for him. I think it really hurt him. I think it’s going to be difficult for him to trust again, to give that trust, that loyalty, that love to another organization.

“And I definitely think the Cavs are going to have to do some relationship mending to get him back to the point where he loves being where he’s at. Because, he’s a small guy and the thing that gets him over is his love and his passion. And if those things are kind of missing a little bit, it’s going to be hard.”

Related
Kevin Durant: ‘No Loyalty’ in the NBA