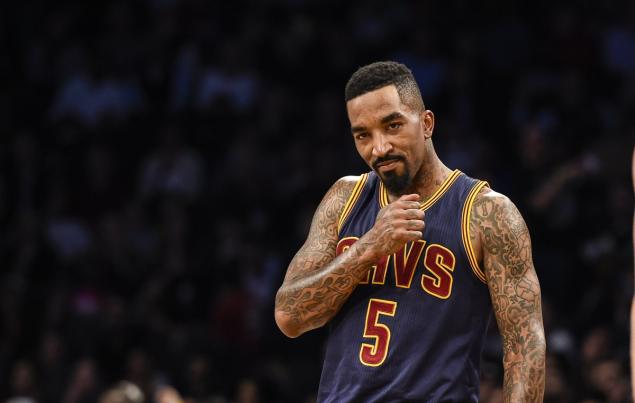 It’s been a rough day for the Cleveland Cavaliers.

J.R. Smith had reason to be “nervous as hell“—the NBA announced Monday night that he’s been suspended for a pair of games following his brutal smack of Jae Crowder’s grill in the Cavs’ series-closing Game 4 Sunday afternoon vs the Boston Celtics.

J.R. Smith has been suspended two games for incident during Game 4 vs. Boston. pic.twitter.com/q6CIjmLz49

Kendrick Perkins has been fined $15K for his own hit on Crowder, and Kelly Olynyk is suspended one game for his role in the Kevin Love shoulder injury.