Jabari Parker to Colin Kaepernick: ‘I Got Your Back Homie’ 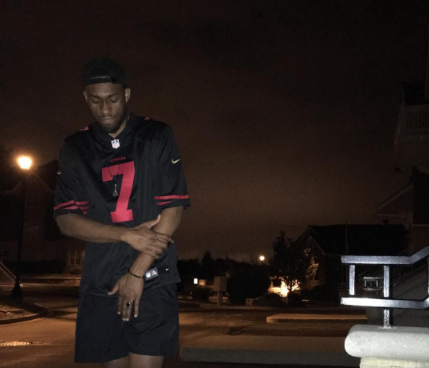 Parker says he backs Kaepernick in his very public protest against injustices in the U.S.

Never followed the wave but this one is necessary. I got your back homie @kaepernick7 @… https://t.co/z8TKfoKwMC

Kaepernick merchandise has been flying off the shelves ever since he began refusing to stand for the “The Star-Spangled Banner”—he pledges to donate proceeds from jersey sales to communities in need.

The San Francisco 49ers quarterback now has the best-selling jersey on the team, according to the team’s website. Kaepernick was sixth all year prior to his protest.

A source with knowledge of sales numbers confirmed that more Kaepernick gear was sold last week on the team site than the past eight months combined.

Kaepernick has not stood during the national anthem for the past two preseason games because he said he didn’t want to show pride in a flag of a country “that oppresses black people and people of color.”