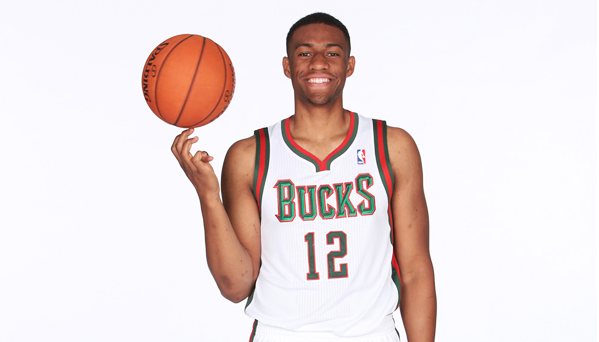 Second overall draft pick Jabari Parker will take on a familiar role in his rookie season with the Milwaukee Bucks.

Parker says Bucks head coach Jason Kidd will have him play as a power forward (a “stretch-4”) in the team’s offense.

Per the Journal Sentinel (via Sirius XM NBA Radio):

“As of right now I’m more comfortable with the 4 position,” he told interviewer Nancy Lieberman. “That’s where I played previously, before getting drafted, at Duke. I played a lot of 4. Even in high school. I know this is a different level.

“But in coach’s style of play, it’s more a stretch 4. That’s where I like to play my game, even though I like to post up a little. Just being on the perimeter, setting screens and popping, that’s what we’ve been doing so far. That’s what coach Kidd has been anticipating me playing that role.”

His reaction to being voted by his peers as most likely to be the NBA rookie of the year? […] “That’s kind of funny,” Parker said. “Because I just have a lot of friends, that’s why they nominated me. I don’t think so much it’s my talent or my skill set that’s so highly in my favor. It’s just because of the friendships I’ve made that they favor me.”