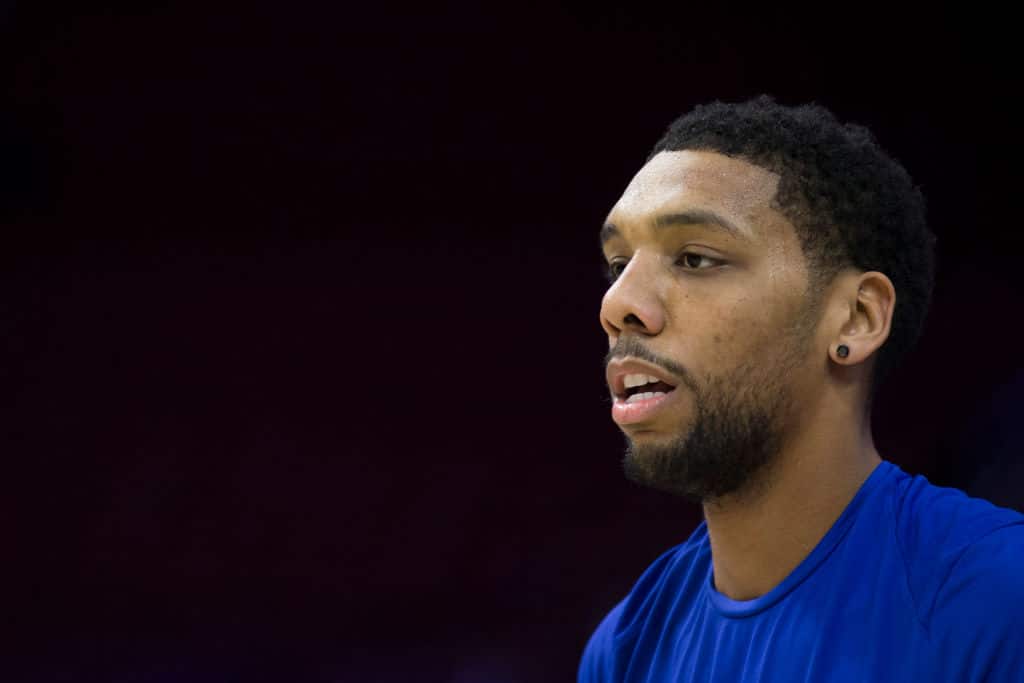 Jahlil Okafor is ready for a fresh start in Brooklyn, and says he’s been sitting down in Philadelphia for long enough.

Jahlil Okafor is "all-in" on what this chance for an NBA rebirth https://t.co/NgOP6bUNok

The big fella has a chip on his shoulder, and is eager to prove himself with the Nets.

Okafor, 21, was traded by the Sixers along with Nik Stauskas in exchange for Trevor Booker and a 2019 second-round pick.

“I feel like I was dreaming,” the 6-foot-11 big man and third-overall pick in the 2015 draft said Monday, as he met the Nets media for the first time since the deal. “It finally happened, and I’m in a great city.”

He plans to dedicate himself to getting better defensively, and is eager to do whatever is asked of him. He feels ready to showcase the improvements he’s made with his body, dropping 20 pounds since adhering to a vegan diet this summer.