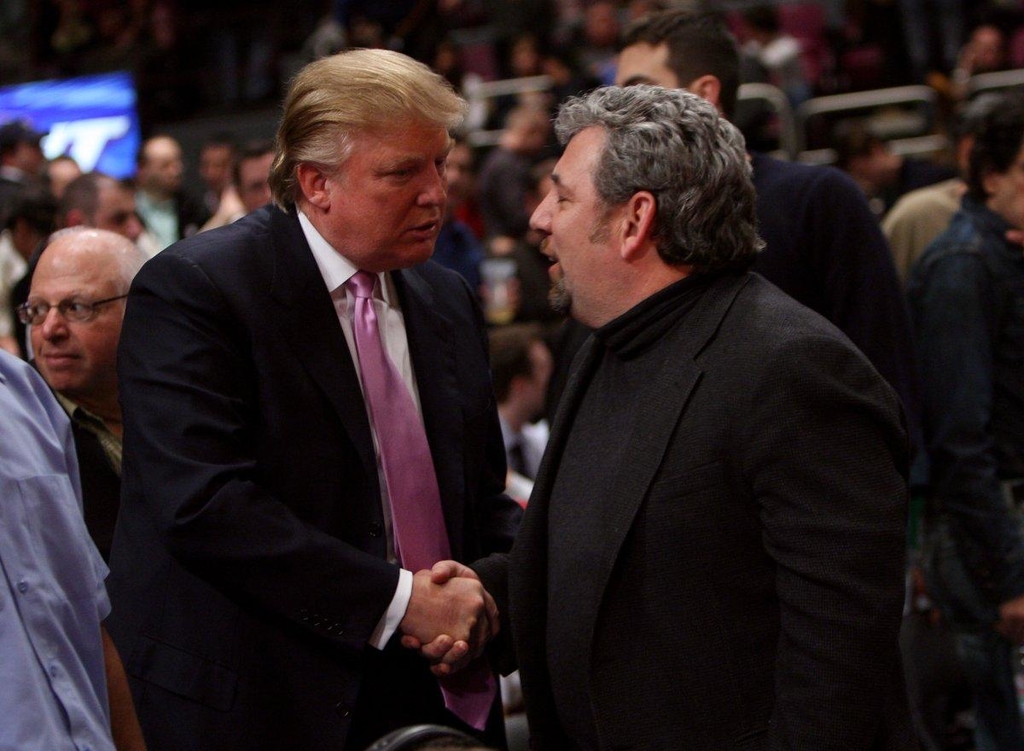 Dolan’s support of Trump puts him at odds with many in the NBA—including commissioner Adam Silver—who have vehemently opposed his administration’s agenda.

The Rockettes, a Doland property, performed at Trump’s inauguration despite angst from many of the dancers.

Less than two months prior to the election – and after Trump revealed his divisive plans to build a wall and ban Muslims – the Garden chairman pledged $300,000 to fundraising committee ‘Trump Victory,’ according to public records reviewed by the Daily News.

It’s not unusual for team owners to financially back candidates on both sides of the aisle, but supporting Trump’s campaign has politically put Dolan at odds with the NBA’s biggest figures – including Gregg Popovich, Stan Van Gundy and Steve Kerr. Multiple players, including New York duo Carmelo Anthony and Joakim Noah, have also spoken against the president. Two-time MVP Steph Curry implied Trump is an ass, while four-time MVP LeBron James, the biggest name in the sport, boycotted Trump’s hotel in New York.

Dolan, according to records, previously pledged money to committees dubbed ‘Romney Victory,’ ‘McCain Victory,’ and ‘Kerry Victory,’ but those donations combined didn’t come close to matching the $300,000 he offered to get Trump elected. […] When reached for a comment a Garden spokesman issued this statement, “Mr. Dolan’s contributions are a matter of public record.”