James Harden: Rockets Will Be Fine Without Chandler Parsons 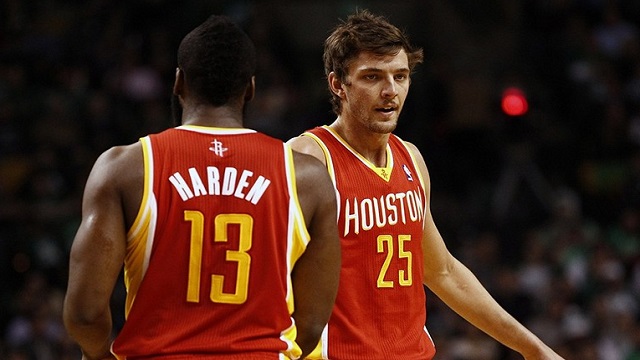 Much like his teammate Dwight Howard, James Harden says the losses of Chandler Parsons (and to a lesser extent, Jeremy Lin) won’t be a huge problem for the Houston Rockets. While on a promotional tour in the Philippines, the All-Star guard believes his team won’t skip a beat next season. Per The Philippine Star:

Harden said he’s looking forward to playing for the US at the World Cup. Training camp begins Monday. As for the Rockets’ future, Harden said he’s not worried that Jeremy Lin has left for the Los Angeles Lakers and Chandler Parsons for the Dallas Mavericks.

“Dwight (Howard) and I are the cornerstones of the Rockets,” said Harden. “The rest of the guys are role players or pieces that complete our team. We’ve lost some pieces and added some pieces. I think we’ll be fine next season.”