James Harden Admits His Defense is ‘Pretty Bad’ at Times 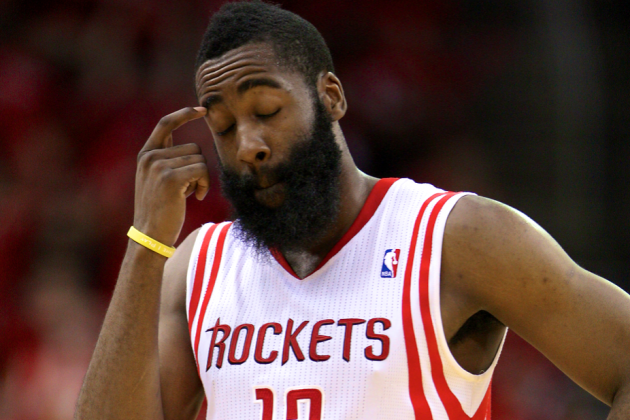 He says this despite acknowledging serious, and often comical shortcomings on the defensive end.

Harden and the Rockets know they can’t truly be considered an elite squad until they figure out their team defense.

Per the Houston Chronicle and AP:

[Dwight] Howard said Harden was down about his play after the season, that they spoke often. "I think he’s going to have 1 of his greatest seasons."

Harden normally doesn't talk much about shortcomings, but was very forthcoming about defensive issues, how must be more focused on that end.

“I know I can be a really good defender,” Harden said. “Obviously at times my defense is pretty bad. And there are a lot of stars whose defense is pretty bad sometimes. But in that category I know I have to be better. For us to reach our potential it’s something that has to be done.”

General manager Daryl Morey pointed out that Harden is far from the only person who needs to do more in that area. […] “We want to be a better team come April than we were last season,” Morey said. “The season is probably going to come down to our defense. We need that to be championship caliber.”