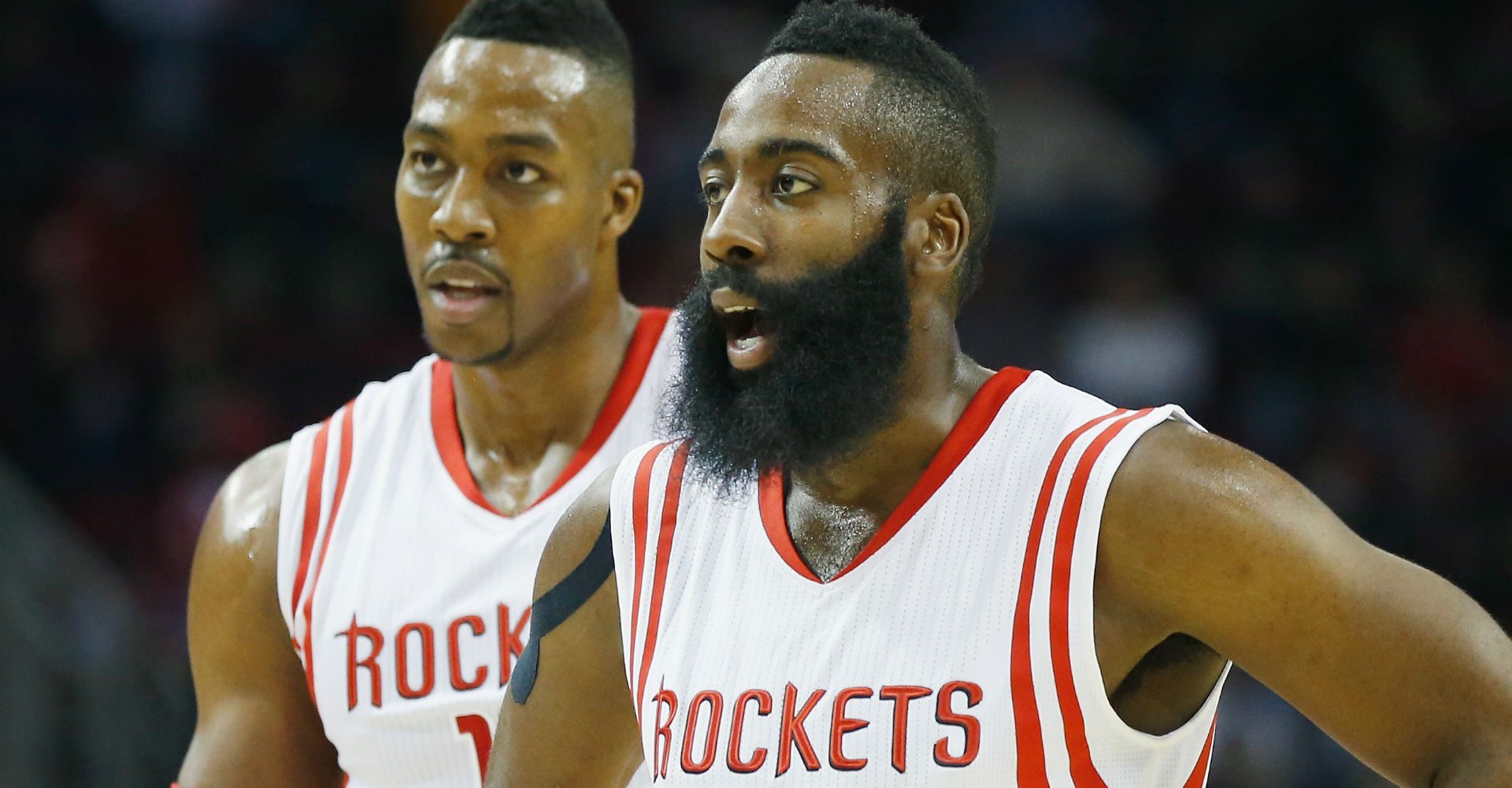 The Houston Rockets’ disastrous season came to an end Wednesday night in Oakland, and now they go into a summer full of uncertainty.

"The season from the beginning wasn't going our way…" https://t.co/LCtau8bAbm

It’s now basically a foregone conclusion that Dwight Howard will be wearing a different uniform in 2016-17, having worn out his welcome in H-Town.

The big fella’s partnership with All-Star shooting guard James Harden was a complete failure, and the organization’s search for a new head coach will not include Dwight.

It starts with Harden and Howard, the team’s two stars. They have tried to be friends — Harden picked up Howard’s tab for dinner in New York on his birthday. During dinner in Phoenix at the All-Star break, the two discussed their on-court issues. […] But ultimately, the chemistry between the two hasn’t been there. One team source said: “It’s cordially bad.”

Howard feels he’s a star and should be respected in the locker room. Howard, known to be playful with media members, was distant over the last two months of the regular season. He was largely frozen out of the offense despite coaches and players saying he needs the ball. […] In Game 4 against the Warriors, Howard took only five shots in the first half, and in the third quarter turned invisible. He scored his first fourth-quarter points during the series with 8:11 left. Asked why he didn’t get more touches, Howard said: “You have to ask the appropriate people.”

The Rockets will have a comprehensive list of coaches to view whenever the season ends. (J.B.) Bickerstaff, who remains in good standing with management, will be part of that conversation. (Owner Leslie) Alexander and (GM Daryl) Morey believe that Harden will play a role in helping to hire a coach and potentially sign free agents. […] Howard is not expected to have a role. It’s expected that he will become a free agent and seek a new team. Orlando, Milwaukee, Portland and Charlotte are the favorites.