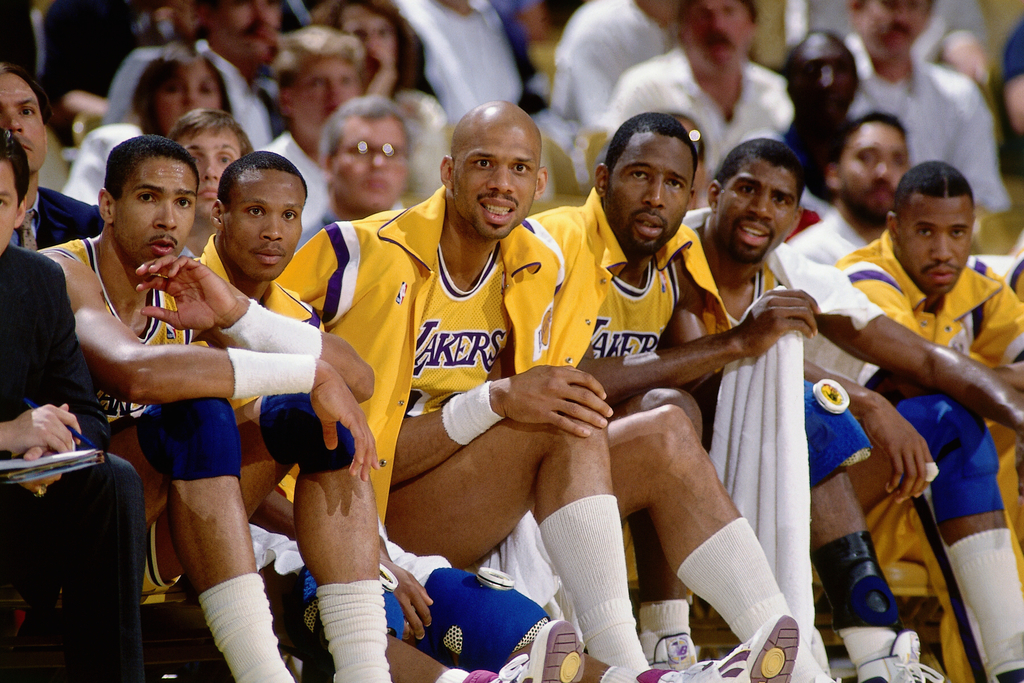 You’re not gonna believe this, but another member of the legendary Showtime Lakers thinks his squad would destroy the Golden State Warriors of today.

James Worthy, much like Byron Scott and Magic Johnson have stated, says the Lakers squad that dominated the 1980s were too well-rounded and dominant on both ends of the floor for these Dubs to match up with.

James Worthy explains why his ‘Showtime’ Lakers would pick apart the Warriors https://t.co/YSuQTQe4Oz

This debate, in all likelihood, will never end.

“If you’re Steph Curry, you’re going to have to guard me or Magic Johnson, there’s no other way around it. We put in lineups to expose you on the other end. Then we bring in a guy like Michael Cooper, who’s the ‘minister of defense,’ Byron Scott was another one. If we played the way we played, which was physical and clean but tough, I just don’t think it would be a contest.”

“You’re not going to win with offense, not back in the day,” he added. “I know it’s a quicker game, I know it’s a three-point game, but you still have to defend and rebound.”