Jason Kidd Believes the Brooklyn Nets Wanted to Fire Him 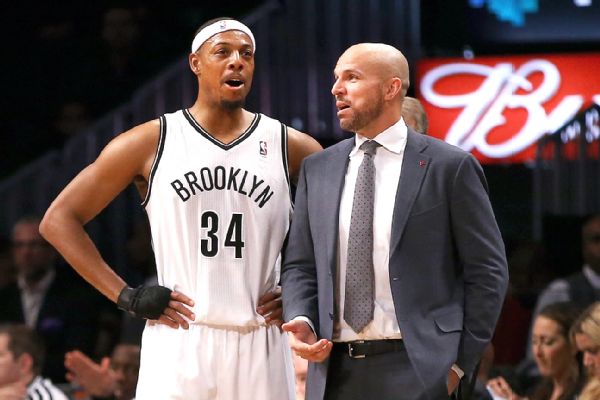 Things ended badly for Jason Kidd after his first season as head coach of the Brooklyn Nets.

Kidd landed himself another gig quickly in Milwaukee, and says he thinks the Nets had designs on getting rid of him last December.

“Did I want to be traded?” said Kidd, whose Bucks play the Knicks at Madison Square Garden on Monday. “I think once [the Nets] OK’d the talk to Milwaukee, that just showed, whatever you want to call it, rumors or no rumors that they wanted to fire me in December had to have some legs.”

Kidd denied seeking additional power. […] “No, I don’t need any power,” Kidd said. “My [job] is to learn how to be a coach and be the best coach that I can be.”

Pierce told NBA.com that the Nets did not make him a contract offer because the team “wanted to cut costs, they felt like they weren’t going to be a contender.” […] “I believe it,” Kidd said when asked about Pierce’s comments about not being offered a contract. “I mean, if they don’t offer [Pierce] a contract worth what a first-round pick is, then why did we do the deal [last year for Pierce and Garnett]?”