Jason Kidd: Giannis Antetokounmpo ‘Can Be Magic Johnson and KG’ 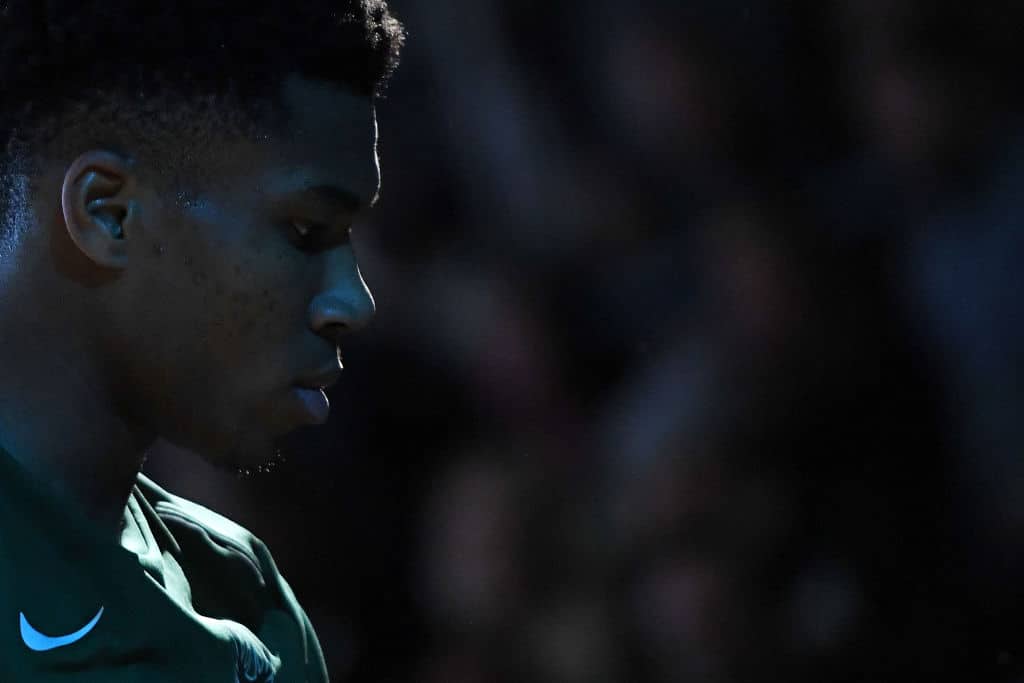 The sky is the limit for Giannis Antetokounmpo, and according to Bucks head coach Jason Kidd, the Greek Freak can become some terrifying combination of both Magic Johnson and Kevin Garnett.

"He can be Magic Johnson and KG." Inside the meteoric rise of @Giannis_An34 in Milwaukee. Open Court Insider: https://t.co/1vkEi0TfsU

Kidd says Giannis “lives in the gym,”and compared his work ethic to that of Kobe Bryant and LeBron James.

Antetokounmpo, through the first four games of Milwaukee’s season, has played like an MVP candidate.

Ask Bucks officials to pinpoint the reasons for Antetokounmpo’s rise, and the answers are similar. They begin with his work ethic. “It’s right up there with LeBron’s, with Kobe’s,” Bucks coach Jason Kidd told The Vertical. “He lives in the gym.”

The Bucks have mined Antetokounmpo’s talents masterfully. It began in 2013, when then-coach Larry Drew played Antetokounmpo 25 minutes per game, a trial by fire that team officials say accelerated his development. Kidd has guided him to the next level. He has shown tough love (benching him in 2015) and empowered him (making him a part-time point guard last season), pushing him to become an unstoppable, two-way player.

“He can be Magic Johnson and KG [Kevin Garnett],” Kidd told The Vertical. “When he puts his mind to it, he can do everything defensively.”

Related
Giannis Antetokounmpo: ‘This is Only the Beginning’