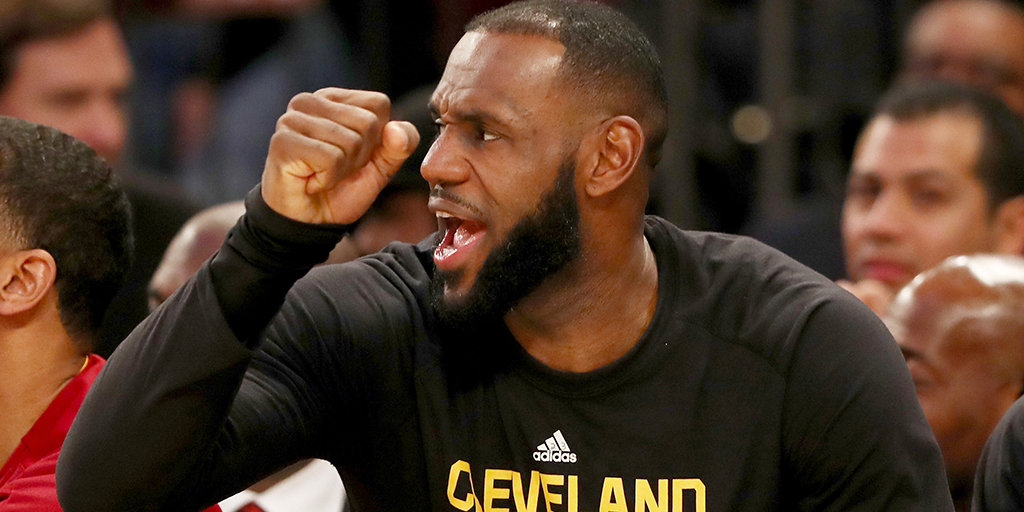 At the end of last night’s blowout win over the Knicks, LeBron James and his teammates fought boredom by doing the water bottle flip challenge at the end of the bench. What seemed like harmless fun may have been something deeper, according to Bucks head coach Jason Kidd.

While appearing on The Dan Patrick Show this morning, JKidd said that LeBron’s seemingly playful was done to “maybe make a point:”

There’s a time and place for everything and I think the team that was maybe doing it did it with a purpose. I think there was a purpose behind it. I would have to ask LeBron, but I think he was maybe making a point.

Phil Jackson landed on LeBron’s shit list when he referred to his successful group of friends and business partners as a “posse.” While LeBron was in New York this week, he said he would not meet with Jackson to discuss the “posse” comment. Phil responded by saying that his word choice “could be something I could regret.”

Carmelo Anthony on Phil Jackson: ‘I Just Don’t Want to Talk About That’