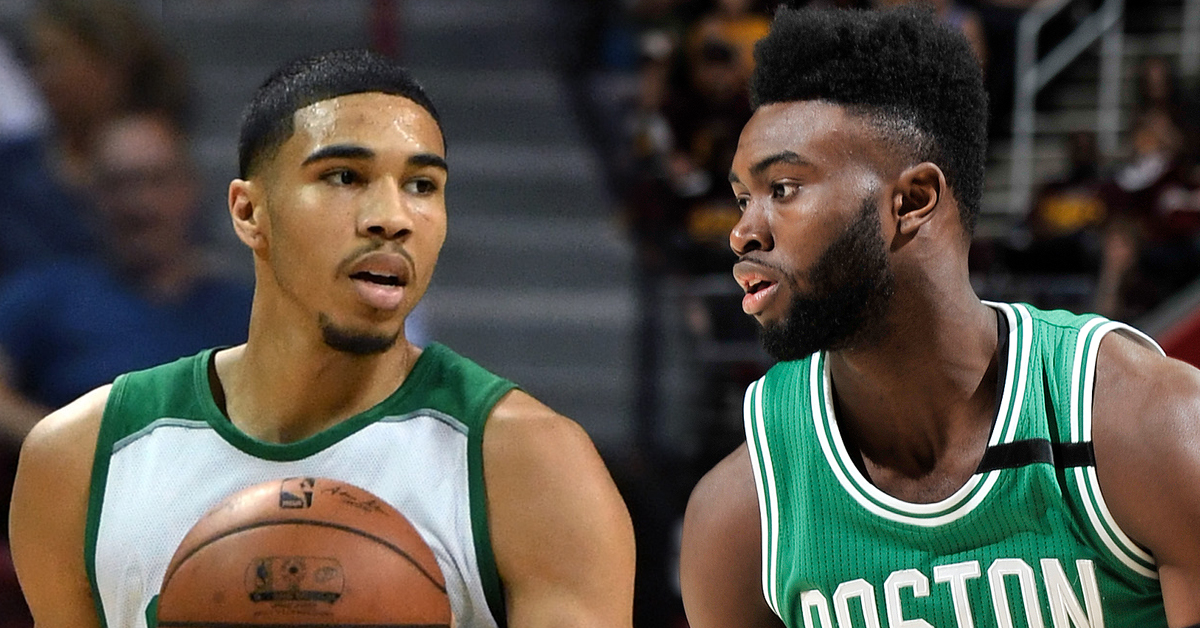 As the Cavaliers push for additional compensation in the Kyrie Irving deal, the Celtics are reportedly unwilling to include Jaylen Brown or Jayson Tatum to sweeten the deal.

According to Chris Mannix, Brown and Tatum are off-limits, as is a future first-round pick.

Where does this end? Does the deal get called off? Do the Celtics acquiesce and throw in a sweetener?

Mannix: “Well, it depends on how sweet that sweetener is. From what I’m being told, Boston is going to draw a pretty definitive line in the sand.

“They’re not going to give up one of the two young players: [Jaylen] Brown and [Jayson] Tatum. That’s ridiculous. […]

“Now Boston, they may throw in a second-rounder. That may be the type of face-saving move that will allow Dan Gilbert to declare victory after all of this.”