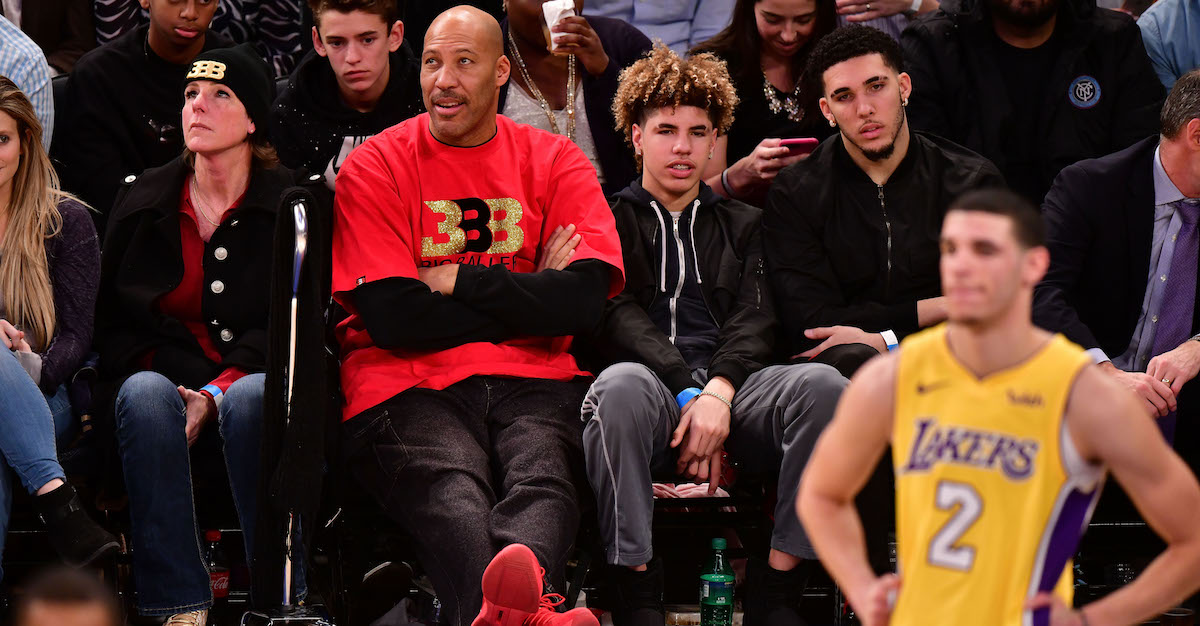 Three months after revealing its intentions of launching a junior pro league, Big Baller Brand put its money where its mouth is on Monday afternoon when it revealed the first major event under the JBA umbrella.

The Junior Basketball Association has informed SLAM that it is bringing in former NBA players Earl Watson and Ed O’Bannon, and current Lakers PG (and BBB repper) Lonzo Ball, under its newly created selection committee and advisory board.

The trio will assist the JBA in identifying and selecting players for its upcoming league this summer. The league will begin a series of open tryouts in eight cities across the United States beginning April 7th in Seattle (Garfield HS). The following day it’ll conduct a tryout in the Los Angeles-area—A.B. Miller HS in Fontana, CA.

“We said three months ago that we were in it to change the game, and now we’re excited to finally get to work,” says LaVar Ball. “This movement shouldn’t just be about catering to top prospects. Any talented baller deserves the chance to get seen and recognized.”

The JBA says that all selected players will be flown into LA in mid-June for the start of training camp and that all lodging and meals will also be covered by the league. After touring America during the summer, LaVar is then planning to take the best players from the league on an international tour, where the top JBA players will compete against overseas teams during the fall and winter.

“The JBA model is the first of its kind that will offer young athletes an opportunity to develop life skills management while participating in a high level of competition. I am thrilled to be a part of this innovative new league that will not only engage fans, but provide a professional alternative for young basketball players,” said Earl Watson in a statement shared by the JBA with SLAM.

The other tryout cities include Dallas, Houston, Atlanta, New York, Philadelphia and Chicago. All tryouts will take place on weekends throughout the month of April.

“I believe this is a great opportunity for young athletes to showcase their skills. According to Mark Emmert, athletes who want to focus on getting ready for the next level and want to be paid have no place in college sports,” said Ed O’Bannon in a statement shared by the JBA with SLAM. “The Junior Basketball Association will now provide an alternate option for them. I’m looking forward to getting started.”

Adds Lonzo Ball, “I’m proud to be part of the JBA League and what it represents. These players deserve to get paid.”

“I think having guys like Earl, Ed and Lonzo come in and support the movement shows that there’s people out there that care and see how important it is to provide these kinds of opportunities to guys who can ball,” says LaVar.

Hoopers between the ages of 17 and 19 are eligible to try out. The JBA says that aside from paying the players, they will also hand over luxury cars –“Mercedes, BMW, or Cadillac”—to the championship winning team.

For the past few months, the hoops community has been trying to figure out how could LaVar and the rest of the Big Baller Brand team possibly fund this entire operation. While the JBA has opted to not comment on the source of its finances, it says the operation is independently backed.

LaVar’s Big Ballers AAU program and his independent sports brand became hot topics in the summer of 2017 and the BBB crew is now hoping for the JBA to have a similar splash in summer of 2018. This time through another eyebrow-raising idea that, hate it or love it, will certainly have people talking.