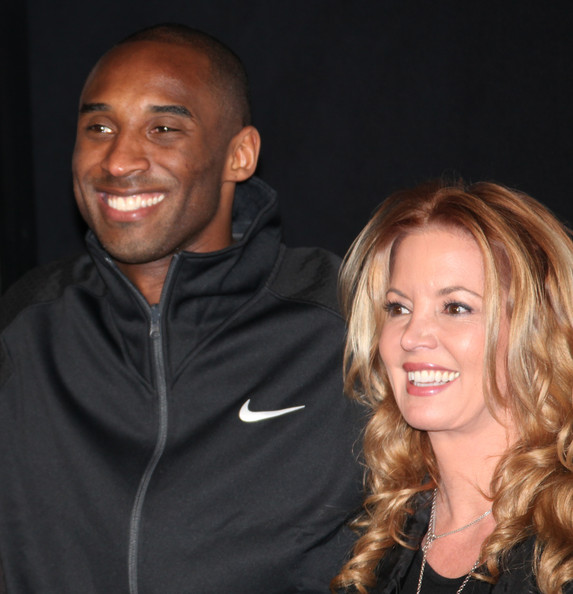 Los Angeles Lakers president and governor Jeanie Buss says the team, despite the rough patch it’s going through, is like a stock one should not sell.

Buss is a one of Kobe Bryant’s biggest advocates, and she hopes The Black Mamba doesn’t call it quits in two seasons.

Jeanie, in a wide-ranging chat with USA Today, has no regrets about signing Kobe to a massive and widely-derided extension:

Q: Do you still feel good about [Kobe Bryant’s extension worth a combined $48 million over two years]?

A: “Absolutely. Kobe is worth every penny, and I’d never had any doubt that he’d contribute to this team … We have a (salary) cap, but we also have a (salary) floor, and you do have to spend it. This is a team that’s paying $10 million to Steve Nash, and $9 million to Jordan Hill, so we have those two players for $19 million, so Kobe for $24 million sounds pretty good (laughs). Especially since the $10 million player isn’t going to play for us this year (Nash is out for the season, and likely his career, because of a recurring back problem).”

Q: You can’t speak for Kobe, but as far as his future, do you think he’s hanging those sneakers up two years from now?

A: “I hope not (laughs). I really hope not. I mean I’m a person who watched Kareem (Abdul-Jabbar) play until he was 42 (years old). Jimmy Connors played on my World Team Tennis team, the LA Strings, that summer that he went into the US Open at age 39 and made the semis at 39 years old. So I’ve seen it. I know you can’t beat Father Time, but there are those athletes who can transcend the average age of retirement. And if anyone can do that, my money is on the Black Mamba.”