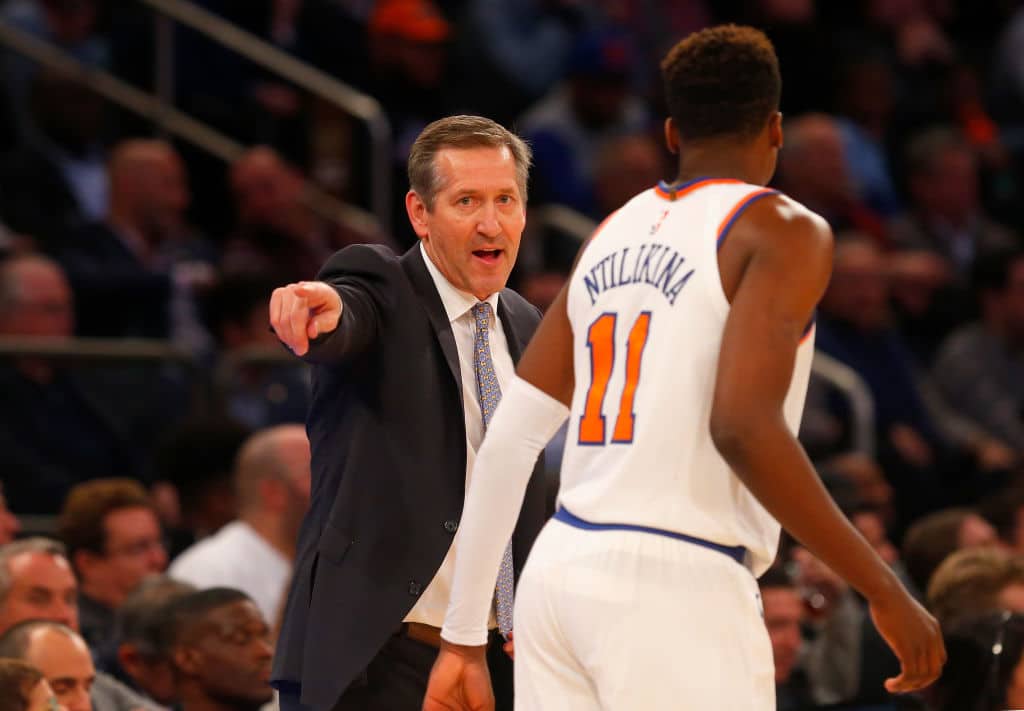 The 8-7 Knicks look nothing like last season’s 31-win abomination.

Hornacek says it was tough on the players to “mix” both the Triangle and modern NBA sets last season.

“Last year we were trying to combine a couple of things — our style and the triangle style. We tried to mix it,” Hornacek said. “This year we’re not trying to mix it.”

“This year you can feel that Jeff has more, he’s running his own stuff without anybody coming in and telling him what to do or how to do,” [Kristaps] Porzingis said earlier this week on ESPN Radio’s The Michael Kay Show. “So I think, from the top down, you can feel that there’s more confidence in what we’re doing. It’s a better feeling this way.”

But unlike most projections from outside observers, Porzingis felt before the season that the Knicks could make the postseason. Nearly one month into the season, he’s sticking with that prediction.

“I thought that we were going to be a competitive team no matter what,” he said. “… There’s going to be some time to learn, adjust and grow, but I’m happy with the way we’re competing and I believe that we’re a playoff team.”