Jeff Taylor of the Hornets Arrested on Domestic Assault Charge 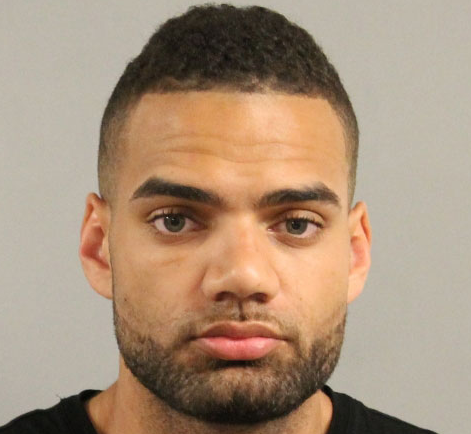 Taylor, chosen in the 2012 Draft, was released on $5,000 bond. The NBA said on Monday that it would begin a comprehensive review of its domestic violence policies.

The Hornets issued a brief statement concerning Taylor’s domestic-assault arrest at about 7:45 p.m. that included, “This is a matter that we take very seriously.”

The rest of the Hornets’ statement: “The Charlotte Hornets were made aware of the incident involving Jeffery Taylor early this evening. The organization is in the process of gathering more information and doing our due diligence.”

“We learn from other leagues’ experiences,” NBA commissioner Adam Silver told the Associated Press. “We’re studying everything that has been happening in the NFL. We’re working with our players association. We’ve been talking for several weeks and we’re going to take a fresh look at everything we do.” […] The NBA’s collective bargaining agreement calls for a minimum 10-game suspension for a first offense of a player convicted of a violent felony.