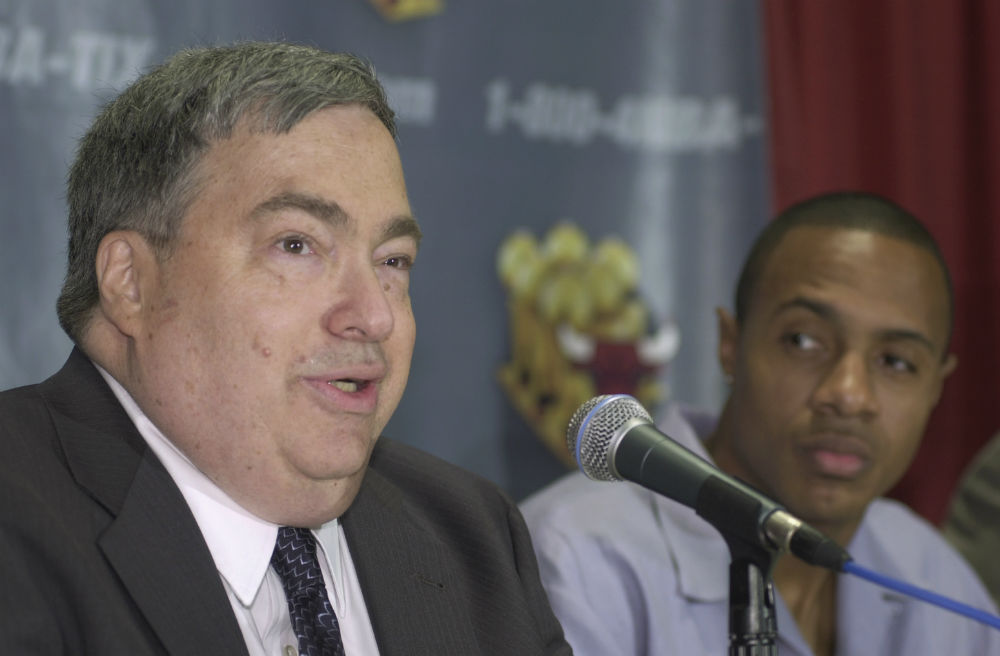 After battling persistent health issues, including osteomyelitis, former general manager of the Chicago Bulls Jerry Krause passed away at the age of 77.

Krause, a finalist for the Naismith Basketball Hall of Fame in the contributor category, was instrumental in assembling the dynasty around Michael Jordan in the late 80s and 90s—a team that won six NBA championships. He hired Phil Jackson and assistant coach Tex Winter, drafted Scottie Pippen, Horace Grant, and Toni Kukoč, and traded for Bill Cartwright, Luc Longley and Dennis Rodman.

In a statement provided to the Chicago Tribune, MJ expressed his condolences to the Krause family:

Jerry was a key figure in the Chicago Bulls’ dynasty of the 1990s and meant so much to the Bulls, the White Sox and the entire city of Chicago. My heartfelt condolences go out to his wife, Thelma, his family and friends.

Bulls Chairman Jerry Reinsdorf, who hired Krause back in 1985, also paid his respects:

The entire Bulls organization is deeply saddened by the passing of Jerry Krause. Jerry was one of the hardest working guys I have ever been around, and he was one of the best talent evaluators ever. Jerry played an integral role in our run of six championships in eight years. He truly was the architect of all our great teams in the ’90s. I would not have been elected to the Naismith Memorial Basketball Hall of Fame if it were not for Jerry. We will miss him tremendously, and we send our thoughts and prayers to his wife Thelma and the Krause family.

Related
Jerry Krause: Michael Jordan ‘Never Asked Me To Sign, Trade For, Or Draft a Player’