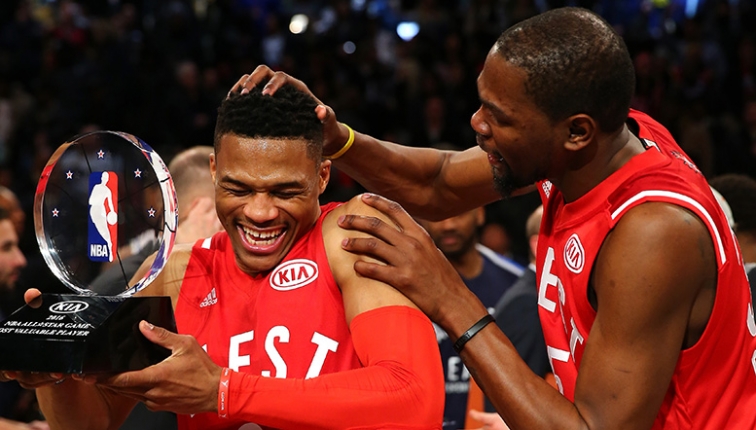 The Los Angeles Lakers have swung and missed (badly) each summer since Jerry Buss passed away three years ago, but that hasn’t stopped Jim Buss from predicting a quick turnaround.

The unpopular part-owner and executive vice president of basketball operations continues to promise a return to glory for the Purple and Gold, but has yet to deliver.

Buss reportedly told people close to the team that the Lakers would land Kevin Durant this summer, with Russell Westbrook joining him in Hollywood in 2017.

Despite their hopes, Lakers will not get a meeting with KD, sources say.

So Jeanie (Buss) asked Jim a simple question, considering he was adamantly opposed to outside assistance: How can we hold you accountable? […] That prompted Jim to pledge a quick turnaround. Within three years, the Lakers would be “in contention for a championship,” he promised his siblings.

Some believe Jim was so blatantly confident because he figured LeBron James was coming to the Lakers as a free agent that summer. […] Indeed, his father had shot for the stars often and hit. So why wouldn’t it happen again?