Jimmy Butler: ‘We Ain’t Been Playing No Defense’ 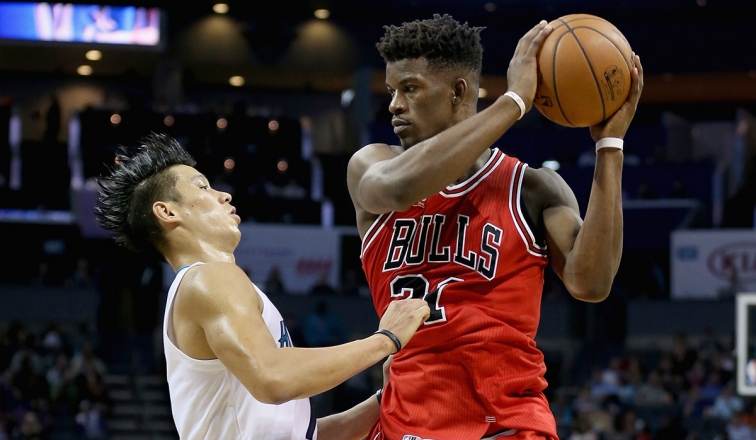 The Chicago Bulls, under new head coach Fred Hoiberg, have sputtered out of the gates and their defense has looked nothing like what Tom Thibodeau helped build during his tenure.

Jimmy Butler, the team’s (always-outspoken and brutally-honest) defensive ace and All-Star guard called the Bulls out following a demoralizing 130-105 road loss to the Charlotte Hornets.

Strong words from Jimmy Butler tonight on the Bulls defense, or lack thereof: "We ain't been playing no defense…. https://t.co/fsoYzLvzgK

“We ain’t been playing no defense. Other teams have just been missing shots to tell you the truth, to be honest. [Shoot] we score enough points, that’s not the problem. But when you don’t stop nobody, they put up 130 or whatever they did, we got to nip that in the bud now because that’s not winning basketball. It will never be winning basketball here and it never has been winning basketball here. We’ve always prided ourself on playing hard and not being pretty. Tonight we were pretty, we were soft. Got our asses whipped.”

Butler, however, thinks the team will gets it act together by the time the OKC Thunder roll into town tonight for a nationally-televised showdown.

“(Tuesday) was as bad as I thought it was,” Hoiberg said after Wednesday’s postmortem, er, practice at the Advocate Center. “It was ugly from start to finish. We weren’t helping each other. We weren’t trusting each other at both ends. We weren’t getting the ball moving on offense and in turn, defensively we weren’t talking to each other and in the right positions. […] Some things are unexplainable in life and (Tuesday) I guess was one of them.”

And Derrick Rose’s pace issues, which have contributed to the guard scoring in single digits three straight games for the first time in his career, are a shared-blame situation. […] “A lot of times, we’re not running with him and getting down,” Hoiberg said. “It has to be a commitment by all five guys to get out and run. When we do it, we’re pretty effective. But there’s too much inconsistency in that area right now.” […] Hoiberg said Rose took “full accountability for his issues” during film review. He also believes Rose is getting closer to game conditioning after missing almost all of training camp after facial surgery.

Jimmy Butler, who surely will draw either Russell Westbrook or Kevin Durant, also defended Rose. Butler atypically met reporters directly after practice ended, still dripping sweat. […] “You can’t really coach effort,” Butler said, repeating his strong words from Charlotte. “You guard, you rebound, you do all the little things. That’s what effort is all about. You either want to do it or you don’t. I’m telling you: You can never lose sight of how hard you have to compete in this league. Every team is full of top-tier guys. You can be beat by anybody.”