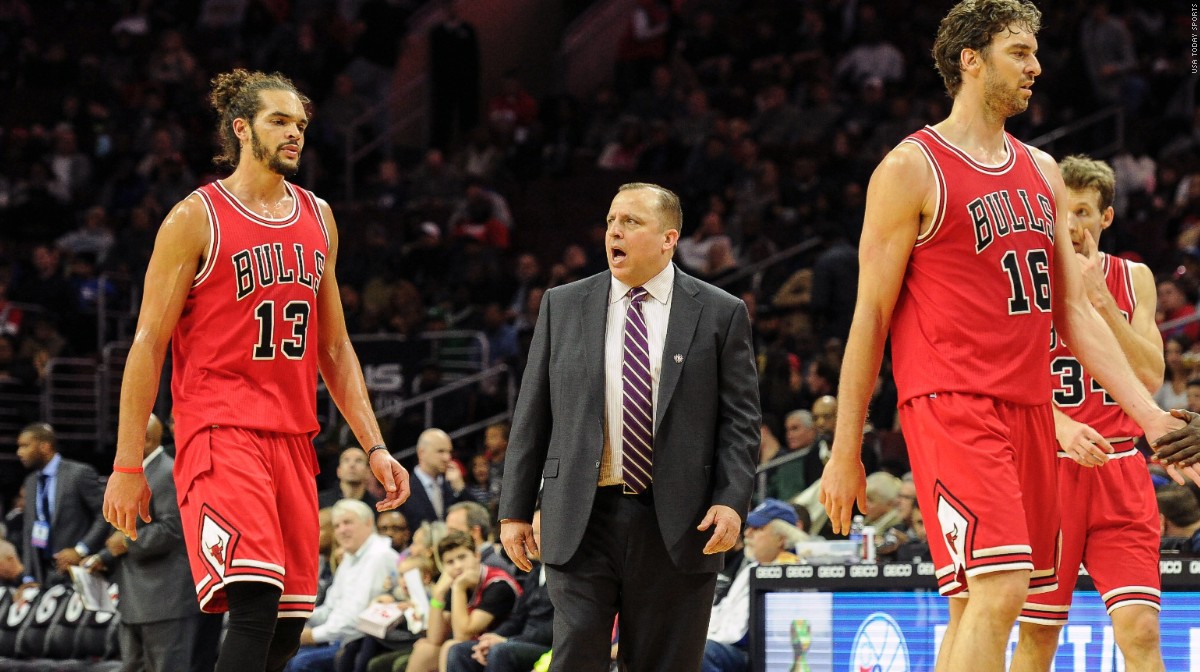 The front-office in Chicago has imposed a 32-minute restriction on gimpy center Joakim Noah, as they take extra caution with his surgically-repaired left knee.

Noah, averaging 30.8 minutes this season, wasn’t on the floor Sunday at the end of the Bulls’ loss to the OKC Thunder and admitted that it’s a source of frustration.

Noah’s playing time, depending on health, is likely to increase during the postseason.

The big fella had 14 rebounds in 29 minutes of action during the Bulls’ 103-86 win Wednesday night against the visiting Indiana Pacers.

Noah showed a lot of leadership with his comments at morning shootaround and backed it up with very active performance.

“I think that the reason for this minutes restriction is to try to protect me, too,” Noah said. “It’s not to point any fingers or anything like that. We just have to do what’s best for me and the team. I think we’re going to be just fine.”

Noah has been part of the closing rotation for most of this season. Coach Tom Thibodeau has said he tries to save minutes for the end but it didn’t work out against the Thunder. The Bulls are extremely shorthanded with Derrick Rose, Jimmy Butler and Taj Gibson injured. […] “It’d be nice,” Noah said, when asked if he wanted to close games.

“It’s frustrating,” Noah said about not closing games. “I think I’m not the only one who’s frustrated sometimes. I think it’s part of the grind. I’m just trying to stay focused on what’s important and trying to win basketball games. I’m not trying to get caught up in any noise or anything like that. I don’t want to be a distraction. We’ll figure it out internally and do what’s best for the team.” […] “As coaches and an organization, all together I think we can talk and figure it out,” Noah said. “That’s fair. I think that right now I’m feeling more and more healthy. I’m feeling better and better on the court. I know I still have another gear to get to.”