Joel Embiid Wants His Nickname To Be ‘The Process’ 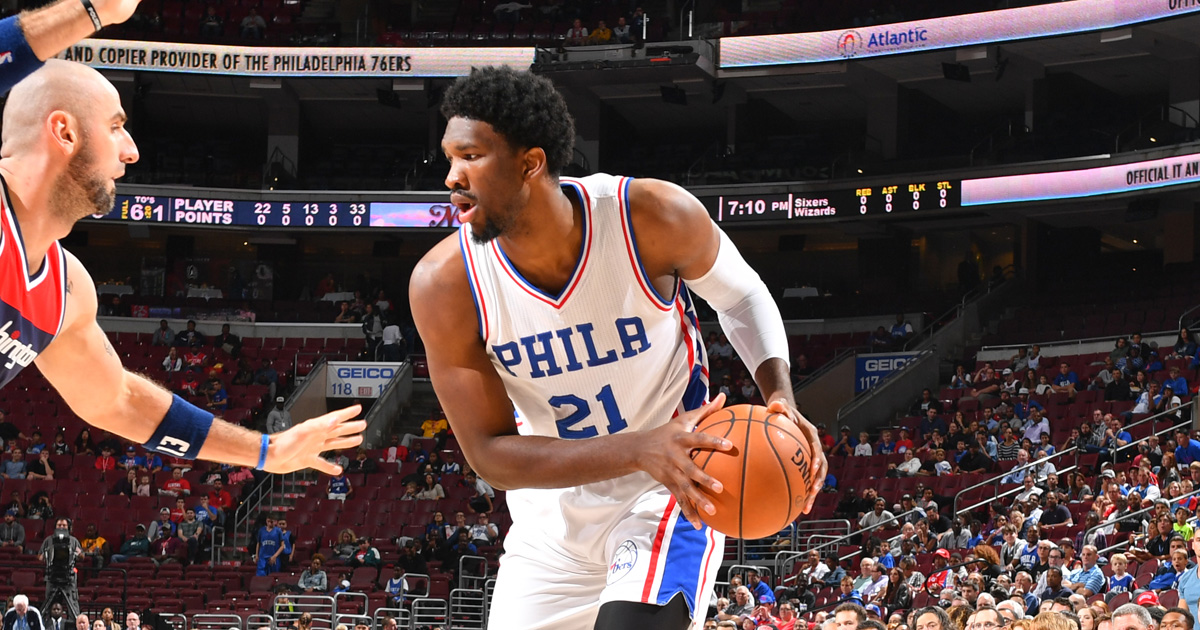 Joel Embiid, the Philadelphia 76ers rookie who finally made his pro debut this week after missing the last two seasons with a foot injury, has dubbed himself “The Process.”

An obvious nod to former Sixer GM Sam Hinke’s infamous motto, the nickname may just stick with 7-footer, who’s averaging 5.5 points, 3.5 rebounds and 1.5 blocks in 12.5 minutes in the preseason.

Embiid has frequently used the hashtag #TrustTheProcess on his Instagram, and recently changed his profile name to Joel “The Process” Embiid.

The center even went so far as to ask the Sixers’ PA announcer to call him “The Process” during the team’s pregame introductions. It didn’t happen, though.

It didn’t happen Thursday night when the Sixers played the Washington Wizards at the Wells Fargo Center. It didn’t matter.

After two seasons and 136 losses of waiting, Cord simply saying, “A 7-foot center from Kansas, No. 21, Joel Embiid” was all the crowd in South Philadelphia wanted to – no, needed to – hear.