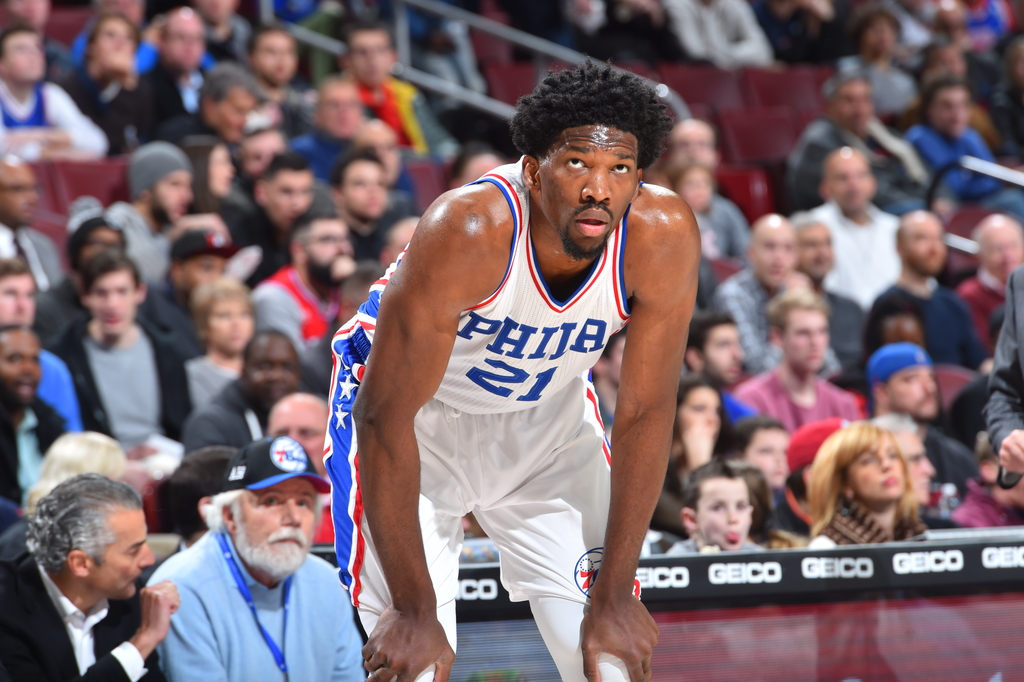 Joel Embiid believes that he won’t have to wait as long as DeMarcus Cousins thinks before overtaking him as the NBA’s top center.

“I don’t think I’m going to have to wait until he retires to be the best in the league,” the big man said Wednesday after practice at Vivint Smart Home Arena.

Perhaps the highlight of their battle was an exchange of spirited butt slaps. After Embiid was whistled for traveling, Cousins gave Embiid a swift pat on the backside. Embiid returned the favor. So Cousins responded with another tap and Embiid answered with another to Cousins’ butt.

“I didn’t understand the [turnover] call, and I was just laughing,” Embiid said. “He just slapped my butt. I was just like ‘Why is he slapping my butt?’ I went back at him – not to look like a punk, just to show him I ain’t going for that. […] It’s all fun. Basketball is about having fun.”