John Wall: ‘I’m Getting the Same Amount as Reggie Jackson’ 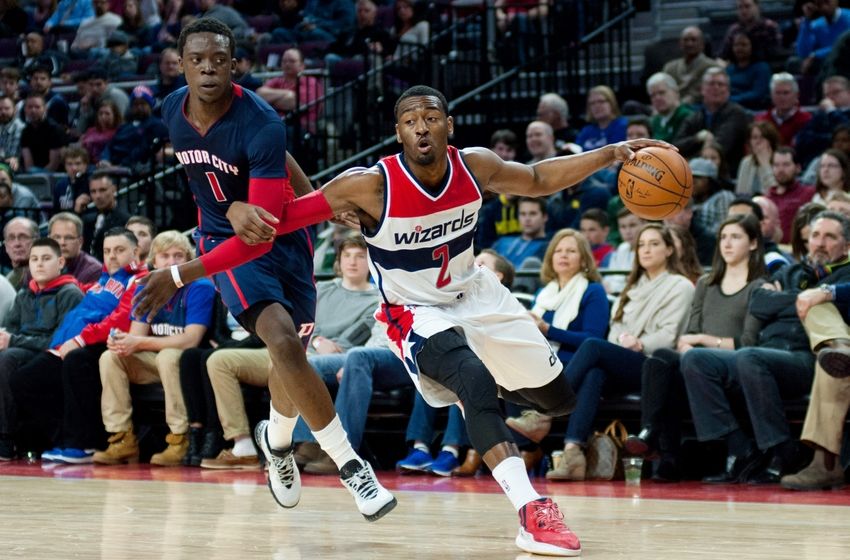 The Washington Wizards inked John Wall to a five-year, $80 million extension a couple of years ago, and he has since blossomed into an All-Star and one of the best point guards in the NBA.

Guys on a lower rung can now get the same kind of money, Wall observed Tuesday while taking in some Summer League action in Sin City, thanks to a huge new TV rights deal.

Wall says he’s happy for players like Reggie Jackson getting paid, but remains amazed that their paychecks are similar.

“Man, everybody talking about me getting $80 million and you got people getting $85 and $90 million that ain’t been an all-star or anything like that,” Wall said during the Wizards’ summer league win over the Dallas Mavericks at Thomas and Mack Center on Tuesday. “I guess they came in at the right time. The new [TV money] kicked in at the right time. That new [TV money] kicked in and they’re good now. Like, Reggie Jackson gets five years, 80. Like, I’m getting the same amount as Reggie Jackson right now.”

Jackson, a shoot-first point guard, was one the many players to benefit from the market’s unprecedented funds. A year ago, Jackson was a backup and reportedly rejected a four-year, $48 million offer from the Oklahoma City Thunder. He later requested a trade and was shipped to the Detroit Pistons. He finished the year in Detroit then the Pistons, to the shock of many, elected to give him $80 million over five years. […] Jackson averaged 17.6 points in 27 games with the Pistons and is slated play alongside fellow point guard Brandon Jennings in the back court. Wall averaged 17.6 points per game last season to go with 10 assists per contest, good for second in the NBA, and was voted an all-star game starter for the first time.