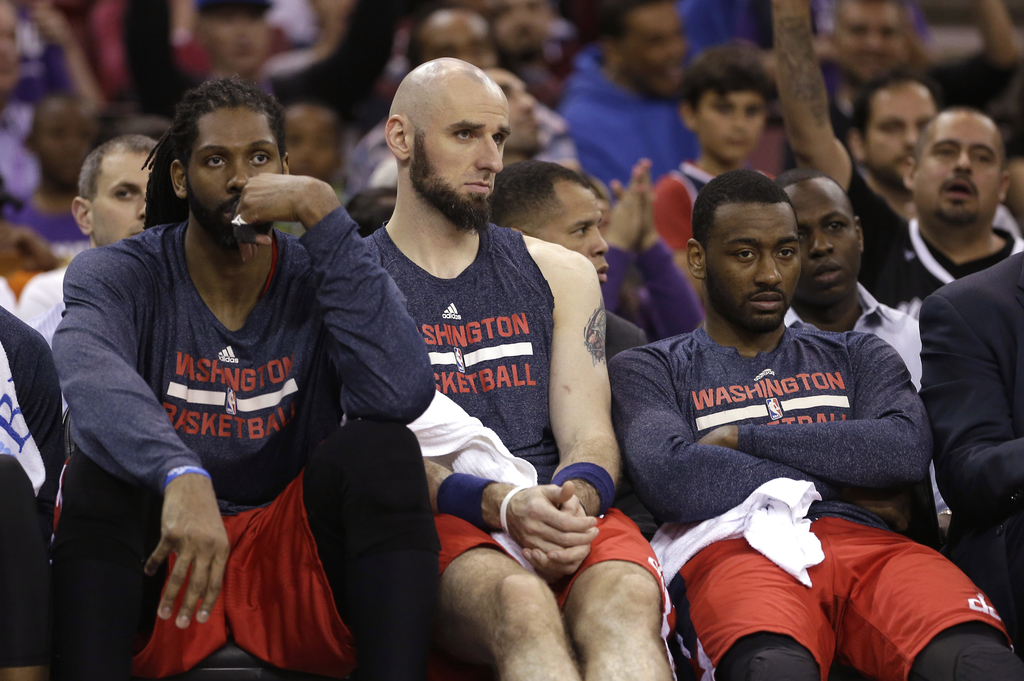 Washington Wizards head coach Randy Wittman had both John Wall and Bradley Beal on the bench to start the fourth quarter of Wednesday night’s 101-87 loss to the Charlotte Hornets, a tactical decision the All-Star point guard wholly disagrees with.

When the team’s leading scorers were inserted back into the game, the Wizards had a five-point lead.

Washington only managed a putrid six points in the final stanza; the Hornets scored 25 unanswered points until a pair of meaningless Gary Neal freebies in the dying seconds.

“I feel like we can’t have me and Brad sitting,” said Wall, who finished with 14 points on 6 for 18 shooting, with six assists, five rebounds and four turnovers. “That’s just my opinion. Coach makes the decision he feels is best for us. I just feel like one of us has to be in in that situation because when you’re on the road, this is the time when you can step on them.

When Wall and Beal re-entered the contest, the Wizards were up 85-80 with 7:18 remaining. Wall missed a jumper in Washington’s first possession with the backcourt duo on the court and Washington didn’t get back on track. By the end of the period, the numbers were ghastly: Washington shot 1 for 20 from the field, 0 for 7 on three-pointers and missed 17 straight field-goal attempts over the final 10:13.