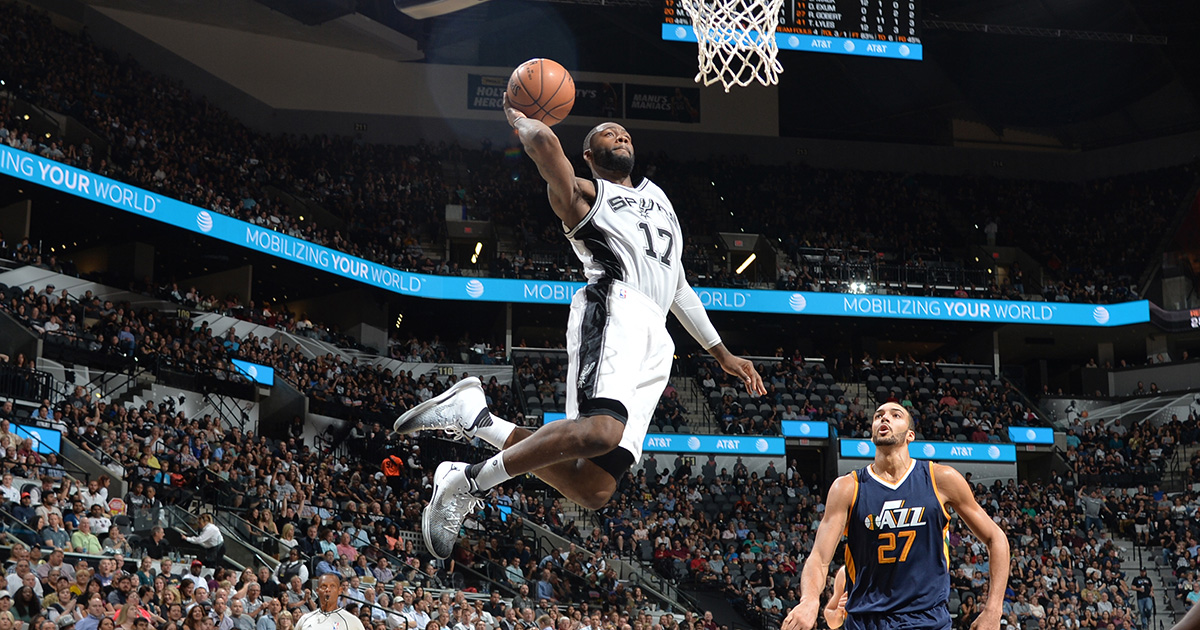 Spurs guard Jonathon Simmons and Celtics wing Jaylen Brown have reportedly been invited to compete in the 2017 Slam Dunk Contest.

Brown confirmed the invite while on CSN New England’s Celtics Post Up this week, saying, “I’m just trying to see if my body is up to it.”

Simmons could participate as well, per the San Antonio Express-News.

The NBA has likely extended invites to two-time defending champ Zach LaVine and 2016 runner-up Aaron Gordon, who both put on a show for the ages last year.

While a rematch would certainly be the headliner of this year’s contest, Simmons and Brown both would make very solid contestants.

RELATED:
Jonathon Simmons Talks About His Journey to The League
Jaylen Brown Makes Beats. Dope Ones.