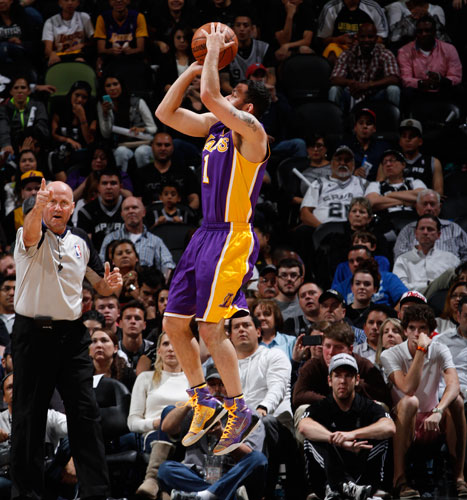 With Darren Collison now out of the picture, the LA Clippers nabbed Jordan Farmar on the open market. Lakers fans, as one might expect, were not thrilled. Per the LA Times:

The Clippers and free-agent point guard Jordan Farmar agreed in principle to a deal on Sunday, according to NBA executives who were not authorized to speak publicly about the matter.

Farmar agreed to take the Clippers’ bi-annual exception of two years for $4.2 million. He holds a player option for the second season.

Farmar played in 41 games last season for the Lakers, averaging 10.1 points and 4.9 assists. He missed 41 games because of injuries that included a torn left hamstring and a strained right groin