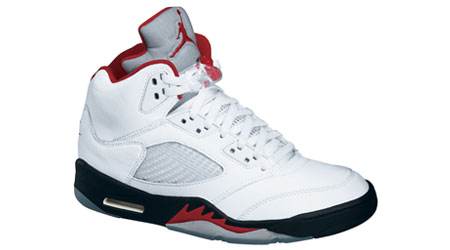 By 1990 everything was clicking for Jordan and his teammates—with the Bulls, and with Nike. The shoe that Hatfield came up with was different than anything that had been tried before: it featured a reflective 3M tongue, a partially-clear outsole and a “flame” design on the midsole inspired by the P-51 Mustang, a World War II fighter plane. They also came with lacelocks designed with clear plastic “wings,” the first “extra” to come with a pair of Jordans since the original Jordans’ extra laces.
The shoe was out there—Hatfield had to try extra-hard to get it through Nike corporate—but it worked. It was a futuristic shoe for a futuristic time. Unfortunately, Isiah Thomas and the Pistons made sure that Jordan and the Bulls wouldn’t have the ultimate success until the future, but it was coming. Very soon.