Josh Smith on the New-Look Pistons: ‘I’m Excited for Them’ 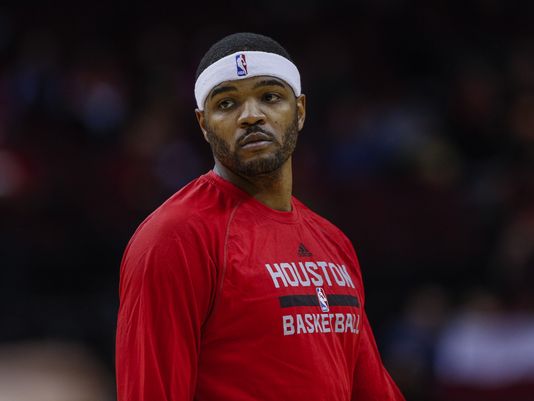 The Detroit Pistons shockingly told Josh Smith (and the more than $30 million remaining on his deal) to go away in late December, and suddenly turned into world-beaters.

The Pistons lost 19 of their first twenty-two games this season, and were an atrocious (5-23) before parting ways with Smith.

Josh is thrilled now that he’s landed with the title-contending Houston Rockets, and says he’s happy for the success being enjoyed by his former teammates in Motown.

“I’m excited for them,” Smith said, recently, when asked about the Pistons’ success without him. “We could’ve turned it around, I’m kind of thinking that. I text those guys every day and let them know – the ones I was really close to – of how proud I am of them and to keep up the good work.”

“Well, I really don’t pay attention. I watch ‘Family Guy.’ I watch ‘Maury Povich.’ That’s one of my favorite shows,” Smith said with a laugh. “I don’t really put my ears and eyes to negative publicity. I know that every player is critiqued in this league, especially by ones that don’t know the individual players, so I really can’t get mad. I mean, it’s something to talk about. If they had nothing to talk about on ESPN and other shows, no one would watch.”

“He’s been great. I’ve really enjoyed him. He’s got a high basketball IQ. He’s done everything I’ve asked him to do,” Rockets Coach Kevin McHale said. “He’s been great for us. I only judge people by my experiences with them and he’s been fantastic.” […] “I have no hard feelings,” Smith said. “I think I was signed under Joe Dumars and then coming into a new group, a new situation, I knew [Van Gundy] probably wanted his guys in there and it was a lot of young guys that needed to be groomed. They was more so in a rebuilding phase and he didn’t want to string me along for the process because he’s understanding that this is my 11th year and, you know, I should have an opportunity to play for something.”