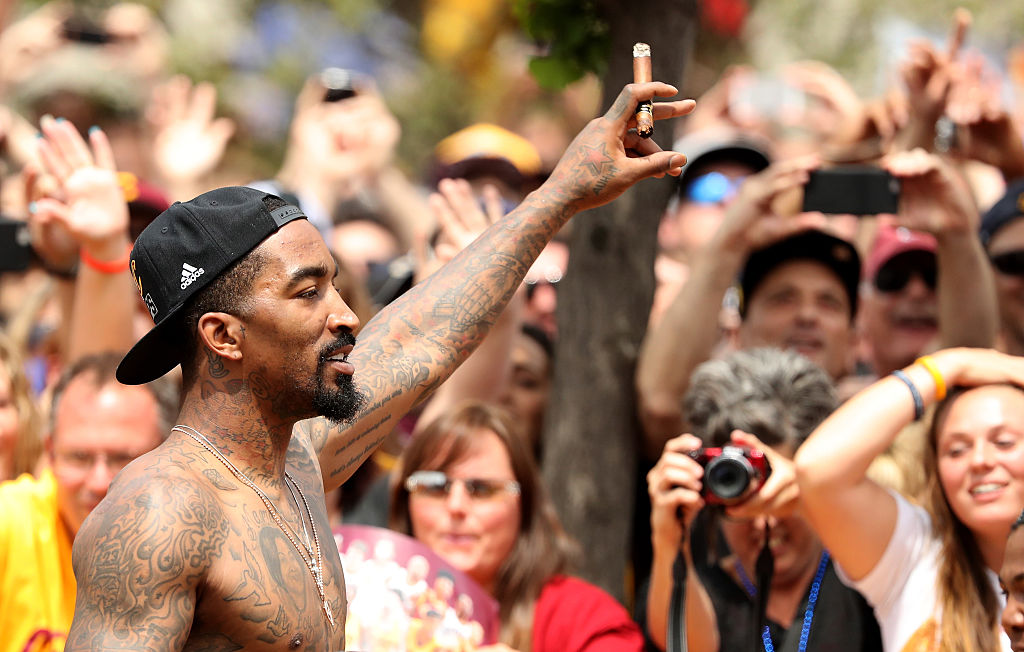 Tracy McGrady‘s defensive belief that, odds-wise, it’s easier to win an NBA title than it is to get enshrined into the Hall of Fame triggered JR Smith‘s anger and indignation.

Smith called T-Mac’s comments “dumb as hell” in a tweetstorm.

Smith shot back that “people who did nothing make the hall.”

This man really said "anyone can win a ring but not everyone can make it to the Hall Of Fame?" Soooo no one else thinks that dumb as hell???

FACTS!! People who did nothing make the hall!! If it was like MLB ok but Basketball hall a fame you can build a park an get in!! https://t.co/0gEkFoQ7hN

So you played for the Hall an not to win. If I was on his team we fighting idc if we don't play no more. Don't waste my time. Not wit hoop!