Kansas Forward Perry Ellis Out With Knee Injury, Expected To Be Back For Big 12 Tournament 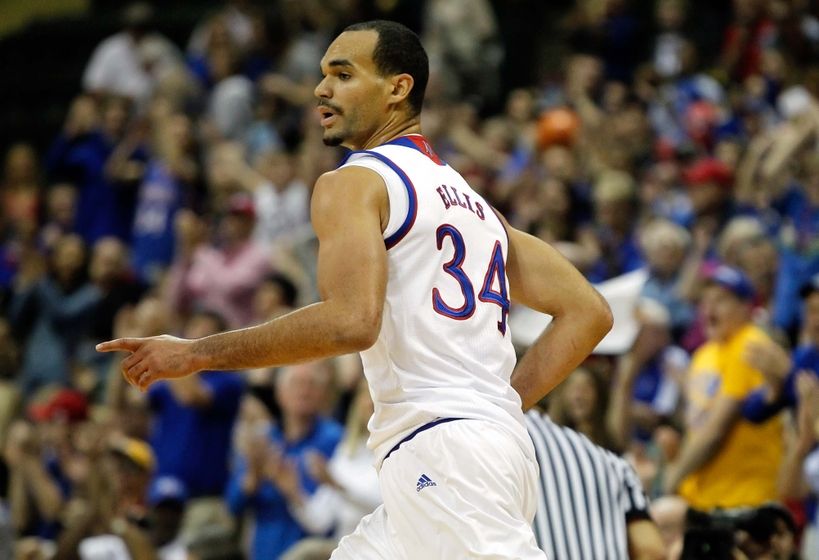 The Kansas Jayhawks suffered a major loss during the squad’s 76-69 win over West Virginia on Tuesday night. The Jayhawks lost their top scorer and rebounder in junior big man Perry Ellis in the first half, when he suffered a knee injury. While it looked bad and Ellis missed the remainder of the game, Jayhawks coach Bill Self doesn’t think it will keep Ellis out of next week’s Big 12 Tournament.

Kansas junior forward Perry Ellis is doubtful for Saturday’s regular-season finale at Oklahoma, but Jayhawks coach Bill Self expects him back for the Big 12 tournament.

“It wasn’t anything serious,” Self told ESPN. “He’ll probably miss a week.”

Ellis played 17 minutes in Kansas’ 76-69 home victory against West Virginia on Tuesday night before suffering a knee injury late in the first half when teammate Landen Lucas fell on his leg.

Ellis underwent an MRI, which showed that he suffered a sprain.

He is averaging 14.2 points and seven rebounds for the Jayhawks, who clinched the outright Big 12 regular-season title with the overtime victory over the Mountaineers.