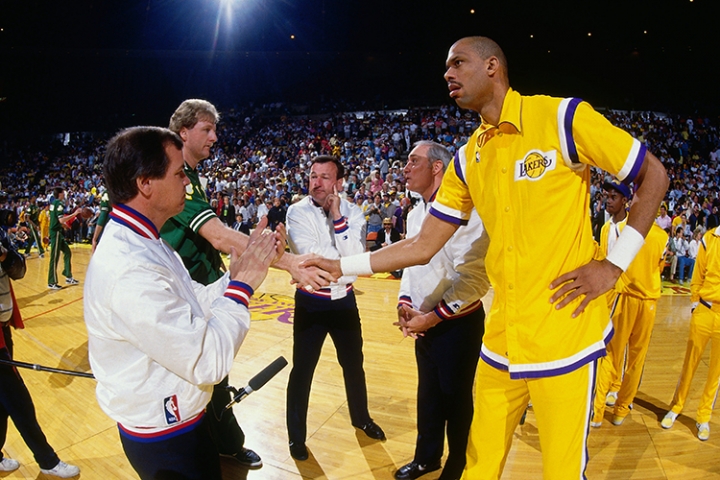 Kareem and the Los Angeles Lakers battled Bird’s Boston Celtics in three memorable NBA Finals during the 1980s, walking away with the championship trophy in two of them.

On if Dirk Nowitzki is better than Larry Bird:

“No way. No way that Dirk Nowitzki is better than Larry, and Dirk is a first-rate — he’s an All-Star. Absolutely any time he’s been on the All-Star team, he’s deserved it. But Larry, I think, had more going in terms of leadership. If you take the 48 minutes of the game, for every second on that clock, Larry knew where to be on the court to be the most effective for his team. And Dirk doesn’t play the game that way. He’s a volume shooter. He’s a streak shooter and he’s wonderful at that — and he’s had a great career; I’m not trying to knock him, but Larry is one of a kind.”