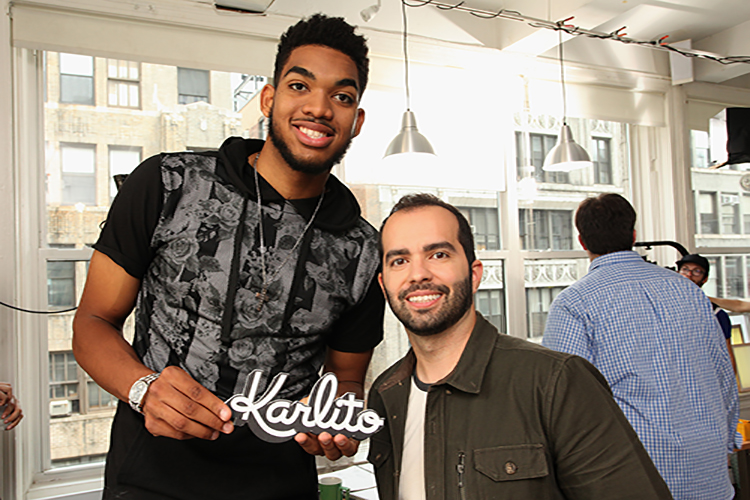 As 2015 NBA Draft night nears, the hype around Karl-Anthony Towns grows. By now, you probably know a lot about his impressive talent and incredible potential. But what you probably don’t know is that the potential No. 1 overall pick in tonight’s draft has an alter ago named “Karlito,” born during his college days at Kentucky.

With the help of Nathan Walker, an illustrator and designer, Samsung brought Karlito to life for NBA fans. Towns and Walker worked closely together to conceptualize what Karlito would look like, and Samsung created the video above that unveiled him to the world.

Get to know Karlito, because your going to be seeing a lot more of Towns as his career progresses.