“Every time I’m with KG, it feels like, in my opinion, like I’m looking at myself in a mirror.”

“I’ve always said that I want to leave the game on my own terms, finish as the best player that’s ever lived, and do it my own way—never a version two of someone else, but the first version of myself.”

Karl-Anthony Towns told me the two quotes above at our cover shoot this past August. It’s a strange juxtaposition, right? If all breaks right for KAT he’d be lucky and assuredly honored to follow in the footsteps of his mentor. And yet he doesn’t want to follow any footsteps at all. He wants to be the first Karl-Anthony Towns, blazing a new trail that others can some day follow.

Each quote can be true, of course. Karl-Anthony can become a legend both in Minnesota and in the minds of basketball fans worldwide just as his vet Kevin Garnett has done over the past 21 (!!!) years, and he can do so using the template that KG has established for him, with on- and off-court guidance and advice from the 40-year-old that I’m sure is fed to KAT on a daily basis. He can still do it entirely on his own terms, too.

SLAM grapples with this concept as well. We’re now a couple hundred issues and almost a couple dozen years deep, so the legacy is thick, and important to protect. To disavow anything we’ve accomplished thus far—including basic survival, if we’re being real—wouldn’t be fair to any of those who laid the groundwork, be it the editors and writers who raised us from a distance during *most* of the current staff’s formative years or those who literally molded who we are today over the past half-decade (what up, BO!).

But we also push forward—and what a weird, fun time to be sorting through the mud. Remember when having a print magazine and a website was a confusing juggle? Now throw in social media, video, live streaming, events…

Which is why we keep it moving, leaning on the brand’s foundation while figuring out what can be added to our house as we attempt to build upwards and out. KAT’s doing something similar, though he admittedly looks way cooler doing so. And in that regard, we’re happy to assist. So, two covers: One paying homage to his big bro Kevin’s classic “100% Juice,” and one CGI-enhanced joint that resembles no other SLAM cover I can remember in the mag’s history. A mirror of something that came before him, and a brand new look, a trail of his own. 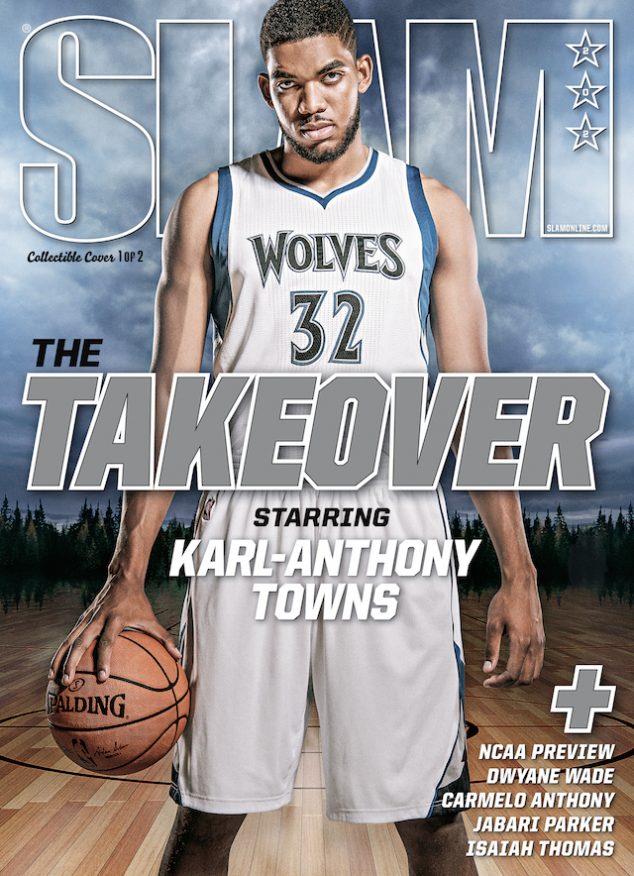 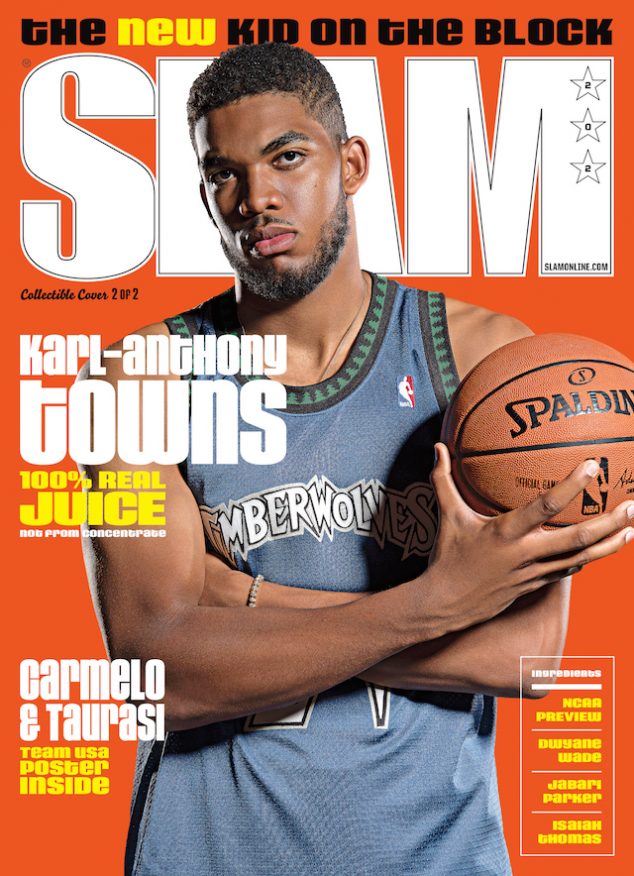