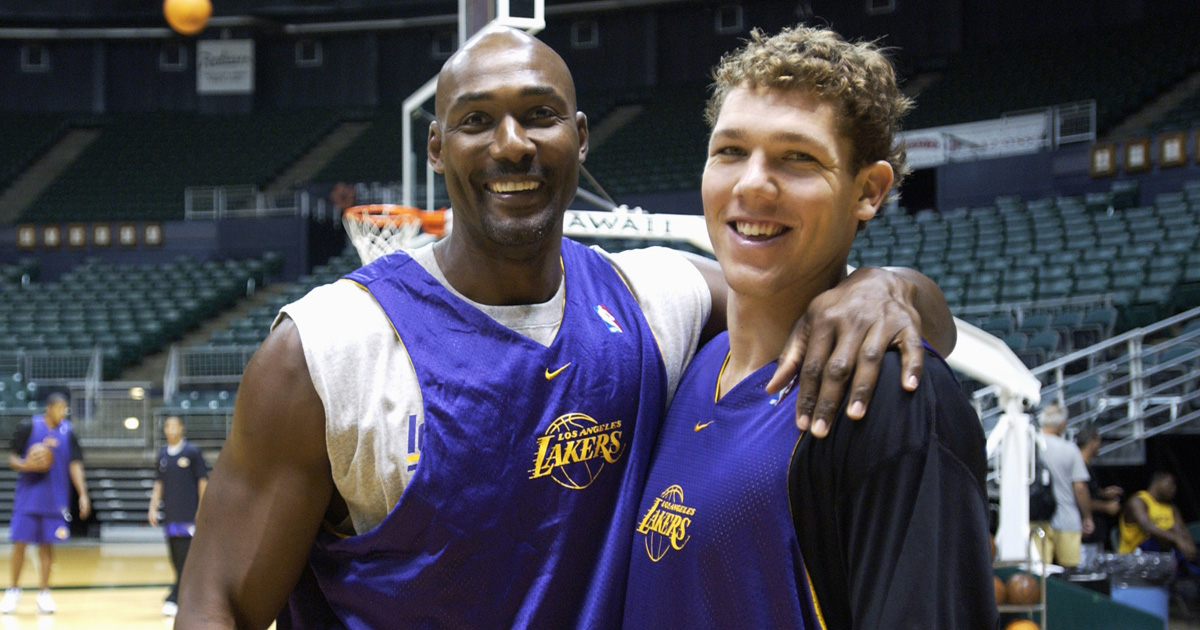 Back in 2003, on the Lakers’ team plane heading to training camp in Hawaii, Shaquille O’Neal, Kobe Bryant, Karl Malone and Gary Payton decided to bid for the right to have Luke Walton as their “personal rookie.”

Upset with commentary from Luke’s father, Hall of Famer and broadcaster Bill Walton, “they said they were going to make my life hell,” Luke recalls.

Malone won with a bid of $20,000, and promised to make the 23-year-old’s life miserable—in a carry-my-bags, get-donuts type of way.

“They all hated my dad for one reason or another. I’m sure he had said something about all of them. They said they were going to make my life hell.”

“They had an auction to see whose rookie I’d be,” Walton said. “Karl Malone played $20,000 in the pot, so I was his personal rookie. Anything he wanted I was going to have to do.”

But it didn’t last. Malone eased up when he saw how unselfish Luke was on the court. “We got along so well. I did everything he asked,” Luke says. “He was like, ‘Look, we’re not going to take out our feelings of your dad on you.'”

RELATED:
Kobe Bryant Scored ’70-Something’ on a Hungover Luke Walton at Practice
Lou Williams: Lakers Want to ‘Run Through A Wall’ For Luke Walton