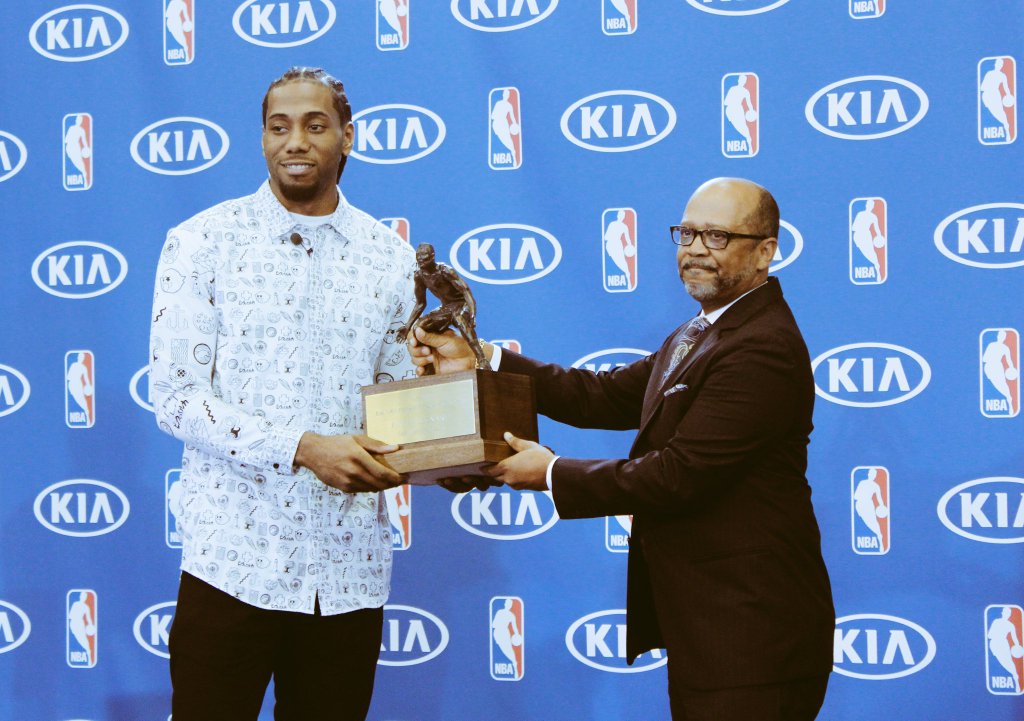 San Antonio Spurs All-Star forward Kawhi Leonard has been named the NBA’s top defender for the second consecutive year, it was announced Monday.

The San Antonio Spurs’ Kawhi Leonard, who helped the team finish with the NBA’s top defense this season, is the recipient of the 2015-16 Kia NBA Defensive Player of the Year Award, the NBA announced today. Leonard, a 6-7 forward, becomes the first non-center to earn the honor in back-to-back seasons since Dennis Rodman in 1989-90 and 1990-91.

A first-time NBA All-Star this season, Leonard contributed to a San Antonio defense that led the NBA in points allowed (92.9 ppg) and defensive rating (96.6 points per 100 possessions). The Spurs, a franchise-record 67-15 this season, were even stingier on defense with Leonard in the game: According to NBA.com/Stats, they had a defensive rating of 94.9 when the five-year veteran was on the court and 99.2 when he wasn’t — a difference of 4.3 points per 100 possessions. Leonard also averaged 1.78 steals (12th in the NBA), 5.5 defensive rebounds and a career-high 0.99 blocks to go with career highs on offense of 21.2 points and 2.6 assists.