Kendrick Perkins Fires Back at Marreese Speights: ‘It’s His World’ 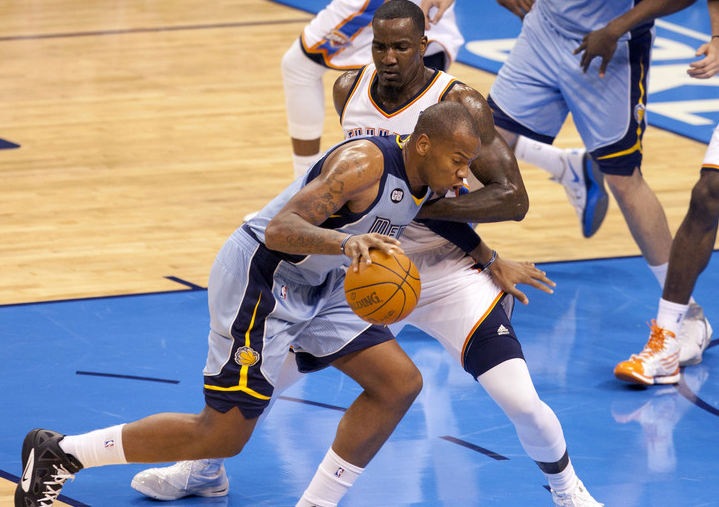 The amusing war of words between Kendrick Perkins and Marreese Speights continued Monday, as the OKC Thunder center responded to Speights trashing his game.

The Golden State Warriors’ big fella was feeling himself after dropping a wholly-unexpected 28 points Sunday night against the Thunder, but Perk argues that Speights should keep his mouth shut since he’s bounced around the NBA so many times.

Per The Oklahoman and Inside the Warriors:

“I just don’t understand some guys, especially like a guy his caliber — five or six-year player in the league, you been on six different teams,” Perkins said. “You don’t really have no room to be talking about anyone.” […] “It’s his world, I’m just living in it,” Perkins joked. “That’s my response to Marreese Speights.”

“On the court it was really just Kendrick Perkins like he’s always been,” Speights told Sirius XM. “KG – (Kevin) Garnett – got him on that guys, and now he’s acting like a little tough guy.”

“It’s just getting caught up in the game,” Speights said. “Certain guys talk trash to you. And what happened last night and in my whole career, when somebody starts talking trash to me, it’s making me focus more and turns me up more. So it worked out good last night that they were trying to get in my head, but it turned out it was bad for them.”