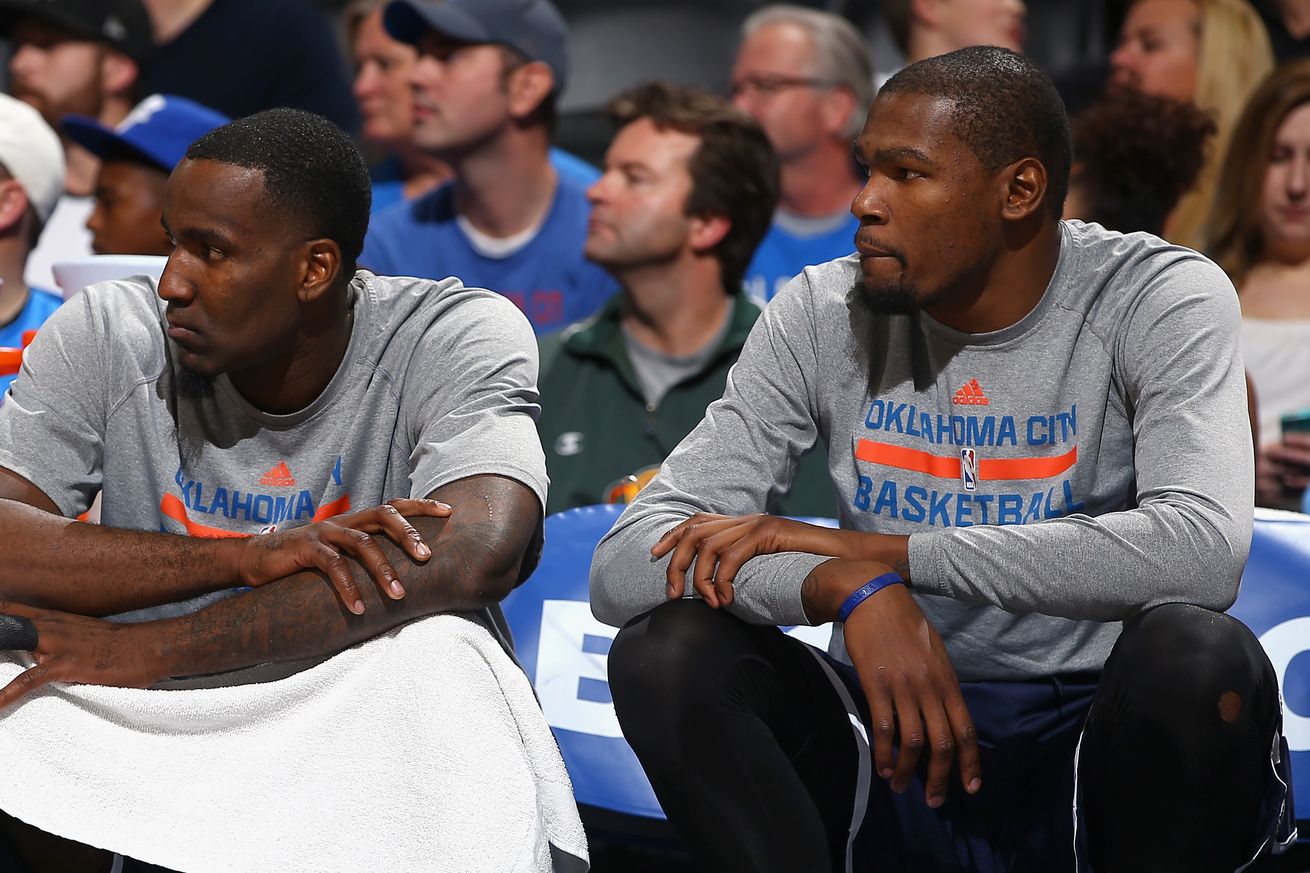 Perk claims that KD made him sign on the dotted line that he wouldn’t tell a soul which franchises are on the list.

All the OKC Thunder have to do to retain their superstar forward, according to the big fella, is simply win the 2016 NBA championship.

Told that the Celtics likely will pursue Durant, Perkins replied, “Boston and everybody else, right?” Later he added, “As a friend, I try not to talk to him too much about free agency. I always try to just want to talk to him about things outside of basketball. We talk about personal life and stuff like that. And I know he’s getting this question every day on the hour and stuff like that, so I try not to bother him. […] But he did shoot some teams out there that he made me sign a confidentiality form that I couldn’t tell nobody. He’s got a few teams that he will be looking at.”

Perkins was asked if he’d be surprised if Durant considered Boston. […] “You’re trying to get me to really answer the question,” Perkins said. “I can’t answer that. I want to, but I can’t. I mean, I don’t know. I do know, but I don’t know.”

Perkins stressed that Oklahoma City’s playoff performance this year likely will dictate Durant’s decision. […] “[The Thunder] win it all, he can’t leave, in my opinion,” Perkins said. “But if they don’t, it might be time for a change.”