Kendrick Perkins Out to Start Training Camp With Strained Quad 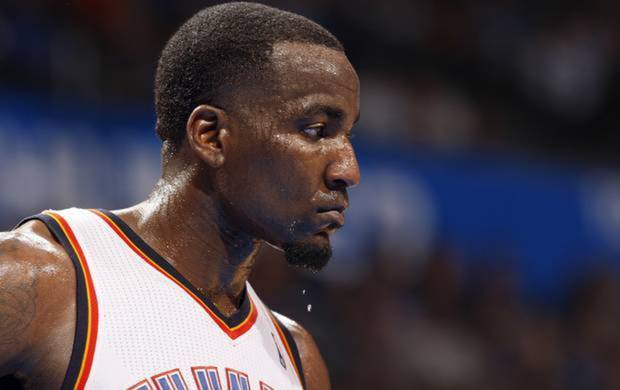 OKC Thunder center Kendrick Perkins recently strained his quad, and will not be available at the start of training camp. (Here’s your chance to shine, Steven Adams.)

According to Thunder GM Sam Presti, Perkins will be re-evaluated in a couple of weeks. Per The Oklahoman:

This would seem to crack the door a bit for Adams, who impressed during his rookie season, opened eyes with some gutsy postseason performances and seems to be pushing for a more expanded role in Year 2.

The rest of Presti’s preseason press conference, which was littered with defense-first, stick-to-the-plan statements, would indicate that Perkins remains the favorite to keep his starting role.

And it may play out that way. But Perkins’ sudden injury means Adams will receive more experience with the starters. He’ll be working with them extensively in practice. He’ll likely be out there with them at tip-off in the first few preseason games.