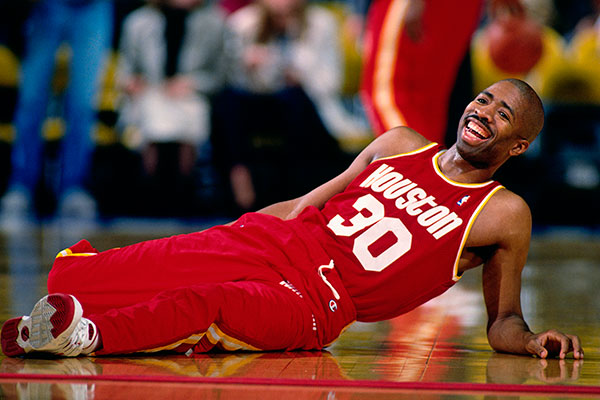 Kenny Smith won’t be roaming the sidelines as the head coach of the Houston Rockets next season, according to a report from the Houston Chronicle. Smith, who played for the Rockets from ’90-’96, was being considered for the position and interviewed with the team earlier this month.

“Smith was described as very impressive and likely to become an NBA head coach if he pursues it,” a source familiar with the decision-making told the Chronicle, “but the Rockets will shift their focus to experienced head coaches and extremely experienced assistants.”

One year after reaching the Western Conference Finals, Houston fired Kevin McHale after the team started the season 4-7. Assistant J.B. Bickerstaff was promoted to Interim Head Coach and led the Rockets to the playoffs, where they lost to the Warriors in the first round. Bickerstaff is not a candidate for the full-time position, but is a popular candidate for lead assistant jobs around the league.