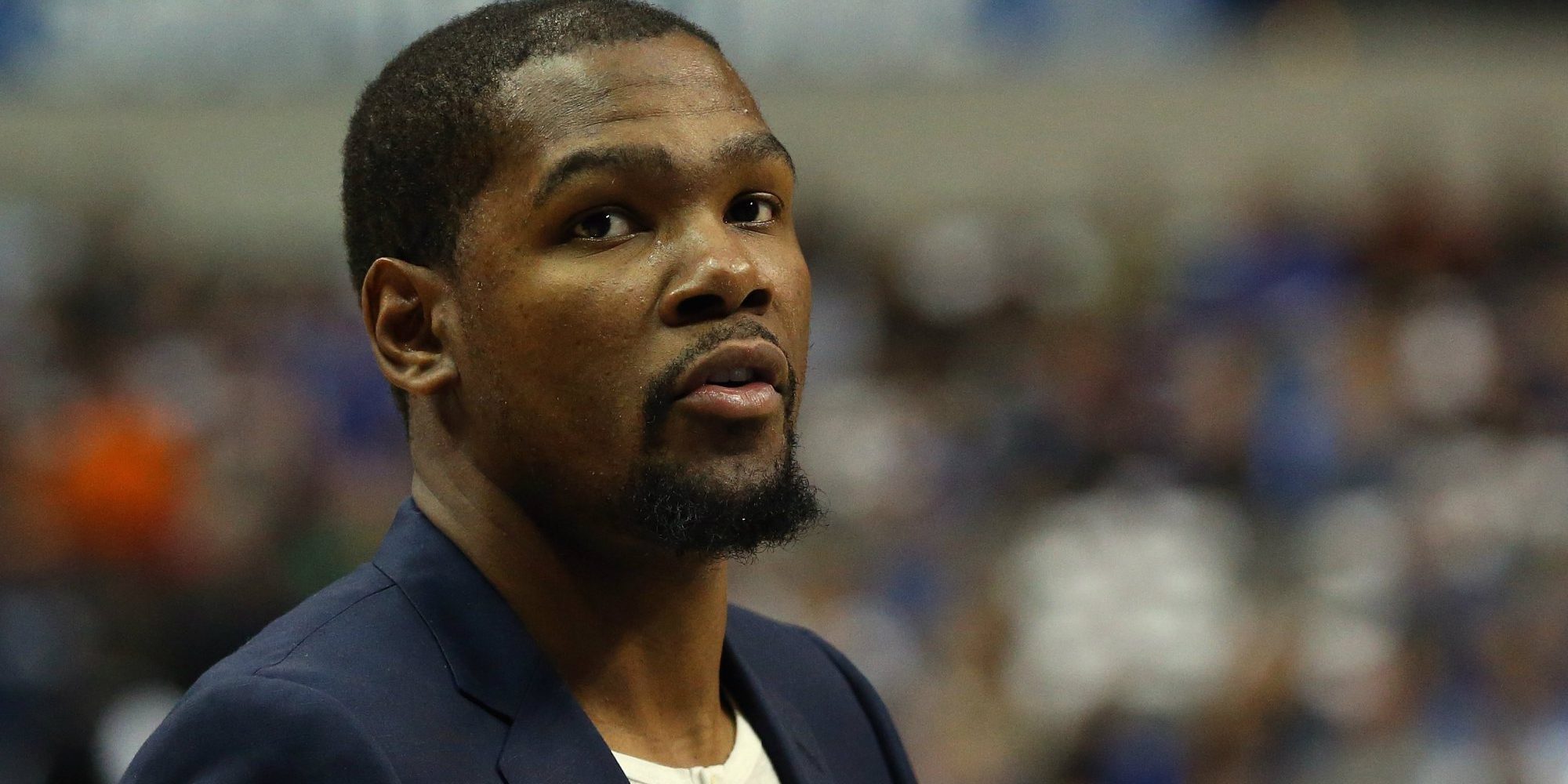 Durant, a free agent next summer, says he can’t wait to work with his new head coach.

Q: What was your reaction when you heard the news? […] A: “I was excited. When you don’t have a coach, it’s a lot of uncertainty in the building. But coming into the practice facility today, I felt like it was the next step for us. It was an exciting feeling for everybody that was there at the gym today to learn that we got Billy as our coach. We’re exciting and we’re looking forward to it.”

Q: Billy’s known for a lot of different things. His Florida teams have been great defensively. He’s a really sharp Xs and Os guy. What kind of expectations, or do you have any expectations when you get into training camp about the areas Billy Donovan can really help you guys evolve? […] A: “It’s going to take some time. I think just for him over the summer is big for him to get to know more guys. Obviously he’s watched us before and knows what our strengths and weaknesses are as players. But I know he’s going to do a good job because from what I’ve heard he works extremely hard, his attention to detail is one of the best and everybody’s been telling me he’s an NBA coach coaching in college. So I’m excited. I’m very excited to learn from him and get better from him and try my best to do whatever he tells me to do. I can’t wait to get started.”