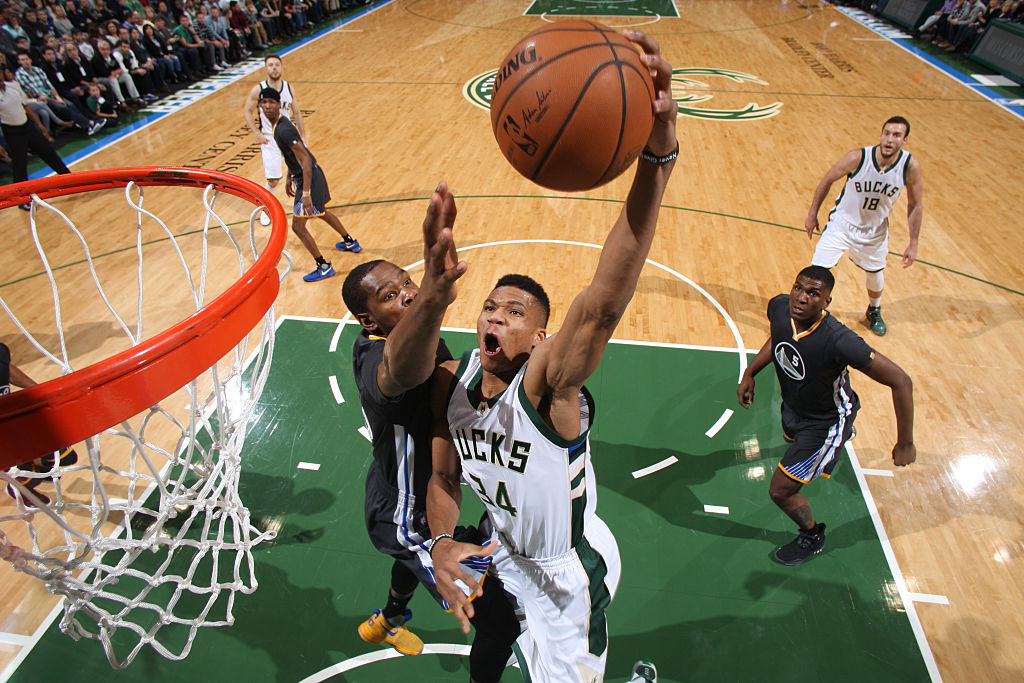 Kevin Durant‘s favorite player to watch is Giannis Antetokounmpo, and KD thinks The Greek Freak could “could end up being the best player to ever play.”

Durant says he’s never seen a force like Antetokounmpo before.

Durant has “guaranteed” an MVP award for Giannis, and thinks the Bucks’ All-Star forward is longer, faster and more athletic than the reigning NBA Finals MVP.

“That’s just who I am. The Greek Freak I think is a force, and I’ve never seen anything like him. And his ceiling is probably—he could end up being the best player to ever play if he really wanted to. That’s pretty scary to think about. But he’s by far my favorite player to watch.”

Related
Giannis Antetokounmpo: ‘I Want to Be the Best Ever’