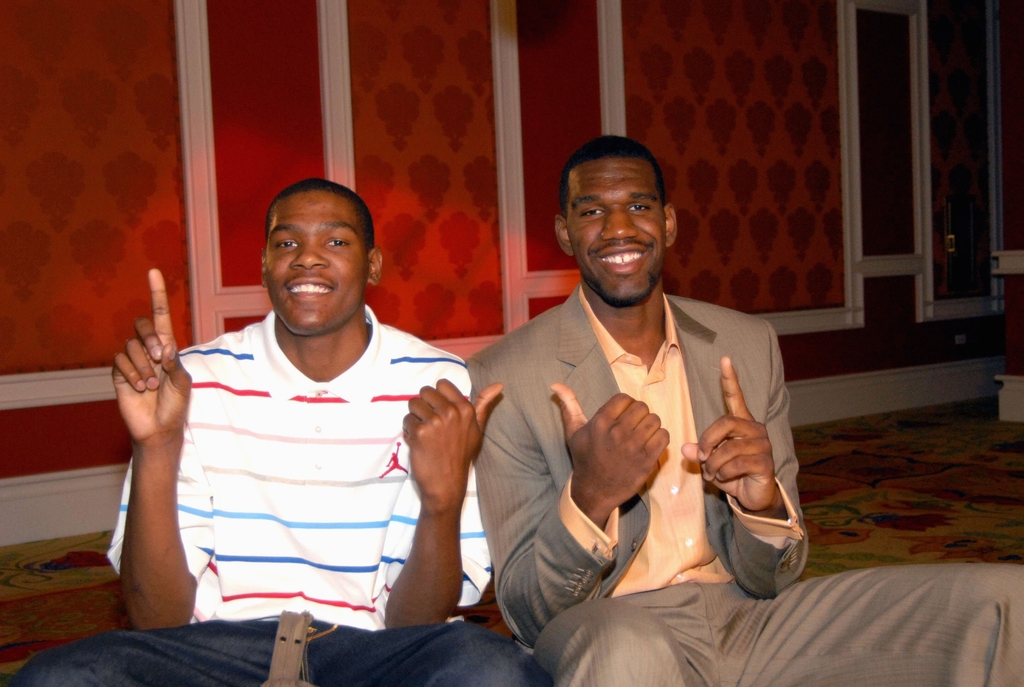 Durant was picked second behind Oden in the infamous 2007 NBA Draft, but says the big fella never had a real chance to showcase his game due to multiple knee injuries.

KD says he was hoping to be selected first overall, but has no regrets about everything worked out:

“Nonsense. That’s nonsense,” Durant adamantly told ESPN on Sunday night. “In order for you to be a bust, you have to actually play and show people that you progressed as a player. He didn’t get a chance to.”

Oden had previously told Sports Illustrated that he was “one of the biggest busts in NBA history” and that “it would only get worse as Kevin Durant continues doing big things.”

“He didn’t want to get hurt. That was the last thing he wanted to do was to get hurt,” Durant told ESPN. “That wasn’t even in the cards, and he got injured and that was unfortunate. But when he did play, he was a force. Protecting the paint. They were so good with him and LaMarcus (Aldridge) down low, with Brandon Roy [and] Andre Miller at the time. They had a nice team. So he was a big part of that. […] He’s not a bust. He just didn’t play a long time because of injuries, and that’s just what it is.”