Kevin Durant on Kaepernick: ‘I’m Behind Anyone Who Stands Up For What They Believe In’ 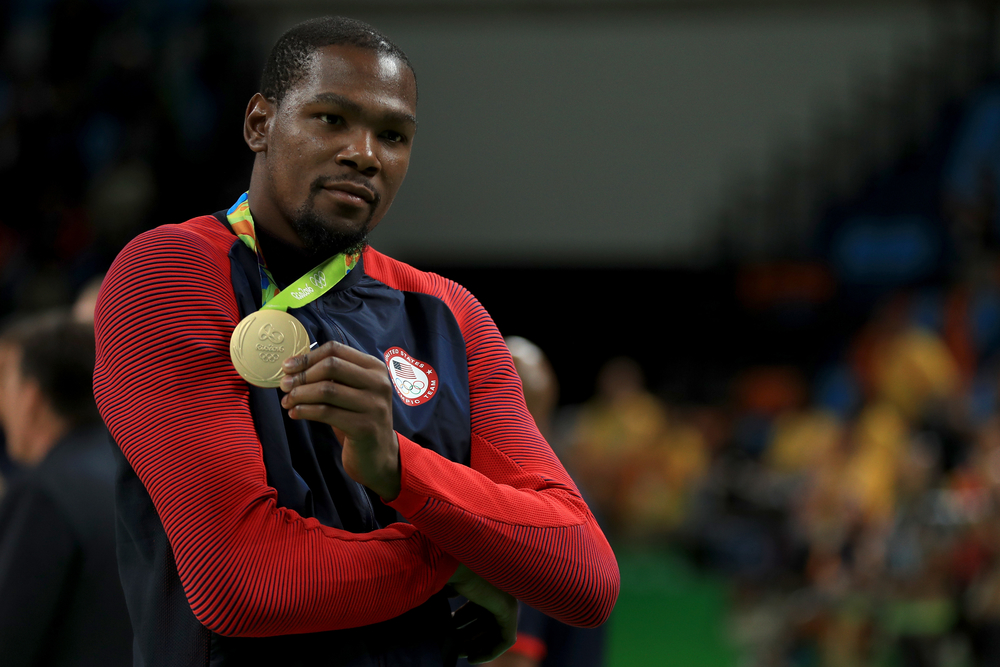 Colin Kaepernick’s decision to take a knee during the National Anthem is still one of the biggest stories in America and every high-profile athlete is being asked to weigh in.

While in Austin for a leadership gathering, Kevin Durant was asked what he thought about Kaepernick’s protest and the new Warrior said he is “behind” the quarterback.

From The Mercury News‘ Anthony Slater had the quote:

“I’m behind anyone who stands up for what they believe in,” Durant said. “Colin Kaepernick is standing up for what he believes in. That’s what makes our country so great, right? You have the luxury to do so. He was unapologetic about it and, in his defense, I don’t think he was trying to disrespect anyone. I think he was trying to get his point across. I’m all for anyone who wants to do that. As athletes, we have this huge platform. A lot of people are watching at all times. Sometimes it may not be what you do, they like. But if you feel like it’s gonna be impactful, that’s on you. I feel like everyone should stand up for what they believe.”

Earlier this week, KD’s teammate Stephen Curry had a similar quote when he said that he “applauds Kaepernick for taking a stand.” Shaq, however, does not agree with Kaepernick’s form of protest and said that he “would never do that.”