Kevin Durant: ‘No Loyalty’ in the NBA 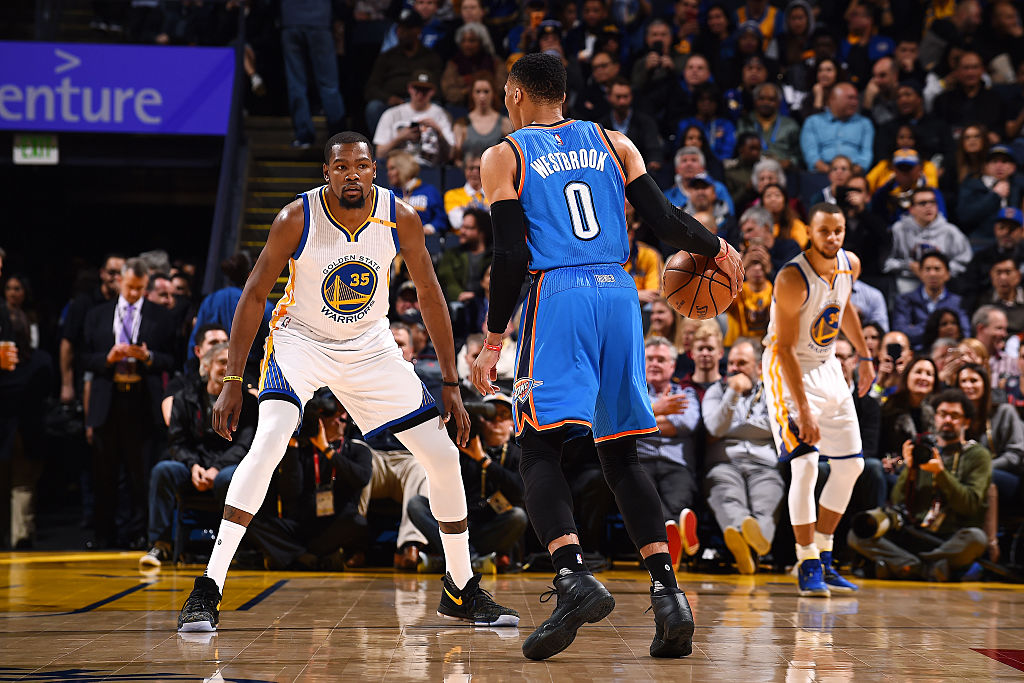 Kevin Durant admits what everyone already knows: there is no such thing as “loyalty” in the NBA.

KD, offering his take on the Kyrie Irving-Isaiah Thomas blockbuster swap, says pro sports are a business, first and foremost.

Durant respects the “courage” it took for Kyrie to demand a trade away from LeBron James and the Cavs.

At the same time I loved Isaiah Thomas. You took all this shit when you left Oklahoma City and went to Golden State. It was like, “You weren’t loyal to Oklahoma City,” and now, this is the flip side of it. This is Isaiah Thomas, who became a franchise guy in Boston, who played hurt, who played the day after his sister died or two days after, comes in, plays two playoff series in a row with that screwed-up hip, and was a great Celtic and people loved him and everyone wore his jerseys and they just traded him. So, there is no loyalty in sports is the moral of the story.


Durant: “I thought we all knew that.”

I don’t think people did.

“Those relationships that you have with trainers and teammates and anybody in the organization, that’s loyalty. That’s friendship. That’s relationship. That’s something that’s gonna last forever. But when it comes to numbers on a paper, at the end of the day, that trumps everything. ‘Does this dude fit into our salary cap or into our plans? Nah, let’s see what we can get for him.’ Like, that’s just a part of the game.”