Kevin Durant on Spurs, Warriors: ‘We Not Scared of Either One of Those Teams’ 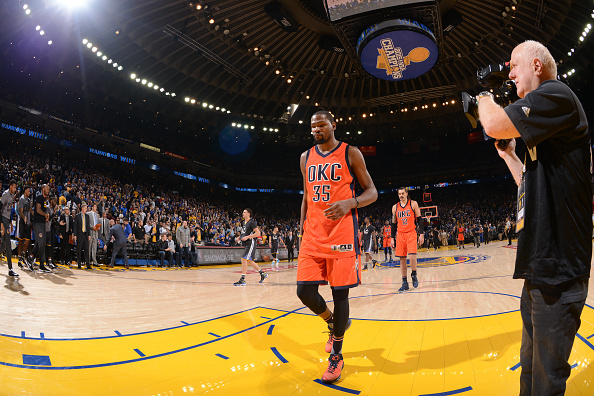 Kevin Durant put up 40 points and 14 rebounds last night in OKC’s 116-108 loss at Golden State, helping the Thunder stage a big comeback that made it a close game down the stretch after the Dubs were up big early. After the game, Durant was quick to downplay the importance of one regular season game—even going so far as to say that OKC ain’t scared of the Warriors OR the Spurs going forward. Strong words?

Here’s the exact KD quote, from Anthony Slater of The Oklahoman:

As the Thunder navigates forward, two clear roadblocks remain in its way. OKC looks like a contender, but its 14 losses are more than the Spurs (eight) and Warriors (four) combined.

Is there any worry?